Remarkably, in the 16-year history of the Cape Epic, no team made up of only black women riders had finished the gruelling eight-day event.

That finally changed as two teams rolled through under the Cape Epic finish line banner at Val de Vie on Sunday.

Ngobese and Moeketsi also represented Curro’s Cycle2Ride project, which gets kids on bikes through its national school network.

For many riders at the Cape Epic, participation comes after many years of cycling and dedicated training.

From fixies to mountain bikes

For Buhle Beauty Ngobese, the progress has been rapid. Just two years after an introductory urban fixie ride through the streets of Soweto, she finished the 2019 Cape Epic, in the mixed category, with a male riding partner.

This year, Buhle teamed up with Remofilwe Moeketsi, who wanted to change perceptions.

"Since I started riding in 2018, the Cape Epic was on my bucket list. I love stretching my physical and mental abilities. And to show that we are here as black females. Yes, our generation is getting onto the wagon a bit late, but we want to show future black stars that it is possible. Only by inspiring others will having black people on podiums become the norm." 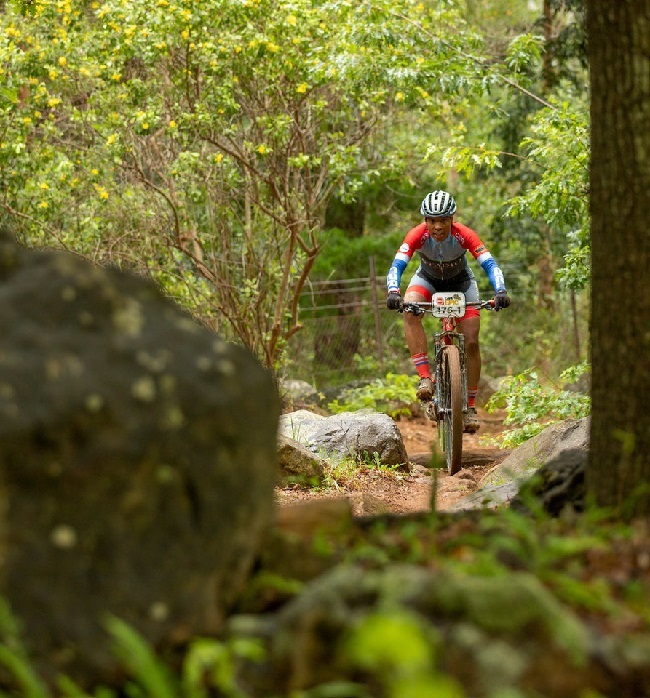 Using the Epic as a multiplier

With the team only having done a few stage races, they relied heavily on Bhule’s experience from the 2019 event.

"I rode for Exxaro, with a stronger partner. I only knew I was doing the 2019 Absa Cape Epic a month before, so I wasn’t 100% prepared. But I learned to be a bit more thoughtful towards my partner in races, which helped us a lot this year," says Ngobese.

Knowing their Cape Epic entry and sponsorship were confirmed in July, allowed for adequate preparation. The team put in 10-14 hours of training a week.

A lot of time was spent working on their descending skills, which are crucial to avoid a crash on the challenging Cape Epic trails.

Finishing the Cape Epic was about more than just the result. "The relationships and networking in the event is already making a difference. We experienced many supporters contacting us on social media, wishing us luck. Now we need to turn that into inspiring women (of all ages) to cycle," says Ngobese.