Fabian Rabensteiner and Wout Alleman (Wilier-Pirelli) rode a flawless race to win a rewarding sixth stage of the Cape Epic. 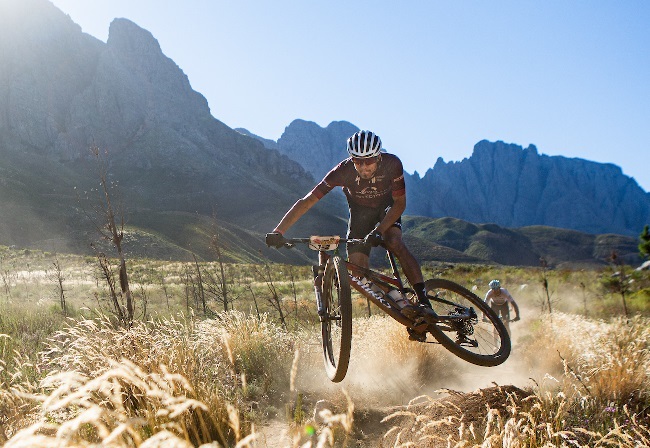 It is all down to Sunday

Wilier-Pirelli looked strong from the start, attacking the first climb, taking Speed Company Racing and Toyota-NinetyOne-Specialized (Matt Beers and Christopher Blevins) along. Beers and Blevins soon dropped off the pace.

From the 40km mark, Wilier-Pirelli could pull away from the chasers, riding to the finish without much pressure for the final 30km.

With one stage to go, Canyon Northwave MTB sits on a total time of 24:54:46.6, with Speed Company Racing on 24:57:32.2. Beers and Blevins are third in the general classification, almost eight minutes behind the leaders. Another win for the Specialized women

"That was crazy today," said Haley Batten. "It was a real battle of the trails; there was so much singletrack. From that point of view, it was probably the hardest stage we have done at this year's Absa Cape Epic."

The final Cape Epic stage is a 68km route from Stellenbosch to Val de Vie Estate.