Most road bicycles, now come with disc brakes. Once derided as being ‘mountain bike brakes’ and inelegantly unsuitable for road riding, the disc brake has triumphed.

The Tour de France is now won on a disc brake bike.

Despite the ire they trigger with cycling traditionalist, the disc brake works better in many applications.

It provides secure braking in wet conditions and won’t fade, on a long descent.

Critics of disc brakes point to the annoyance of misalignment, which generates rotor rub. And the issue of additional maintenance, having the service and bleed the hydraulic system. Made for high-performance riding, and to last a lifetime (Photo: Standert)
Ride24

A frame design of two eras

But what if you want to mix the benefits of a modern electronic shifting system, and the simplicity of rim brakes, on a performance road bike? There is a Standert solution.

The German frame brand has released its latest offering, called the Standert Triebwerk CR, and if you want the best of both worlds, this is it.

Designers at Standert wanted to create a frame that had the magic ride feel of steel, not to mention its durability, whilst offering modern components. And rim brakes.

Although many boutique steel frame brands have transitioned to disc brakes, Standert has designed the Triebwerk CR for a riding audience that believes in rim brakes. 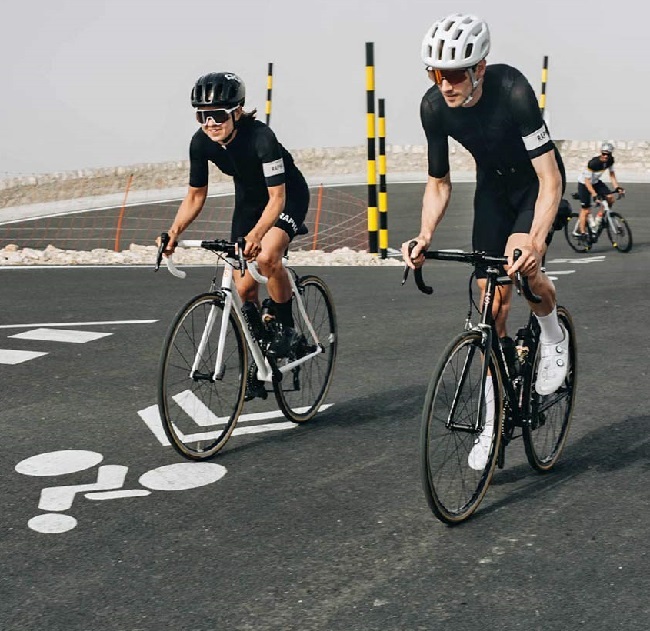 With its rim brakes, the Triebwerk CR, is right at home on a classic climb, like Mont Ventoux (Photo: Savannah van der Niet)
Ride24

Where Standert has made the Triebwerk CR very clever, is its ability to run internal cable routing, for the latest electronic shifting systems from Shimano and SRAM. The frame is also shaped with lots of room, for larger 28mm width tyres, which have become very popular

This Standert Triebwerk CR most definitely isn’t cheap, at R30 000, just for the frame.

But if you appreciate the aesthetic and riding feel of steel, the Triebwerk's ability to run trick electronic gears, with old-school rim brakes, is very novel.