Santa Cruz’s Syndicate is best known as Greg Minnaar’s pro team, but for 2022, the South African mountain biking legend has a new collection of teammates.

Greg will continue to anchor the Californian pro downhill team, but it features three new members, each with an impressive mountain biking resume. A female who can throw it down - for real

Nina Hoffmann will be competing in UCI women’s downhill racing for the Syndicate, on her Santa Cruz V10.

Interestingly, Nina is a former javelin athlete, who transitioned from track and field to the mountain bike trail.

The German rider has been an elite World Cup rider since 2019 and will be a strong podium and race win contender. Laurie Greenland will be the other senior rider, partnering with Greg. (Photo: Santa Cruz Bikes)
Ride24

Greenland’s speed and skill are inarguable and he has long been considered an ideal fit for the Santa Cruz Syndicate way of doing things.

Perhaps the most exciting new Syndicate member, is Jackson Goldstone. Since his early teens, the current junior downhill World Champion has been a protégé rider.

Santa Cruz has invested very wisely in its Syndicate racing team's future by signing the 17-year old Canadian. Expectations are that Goldstone will become a dominant rider in downhill racing, as he matures. 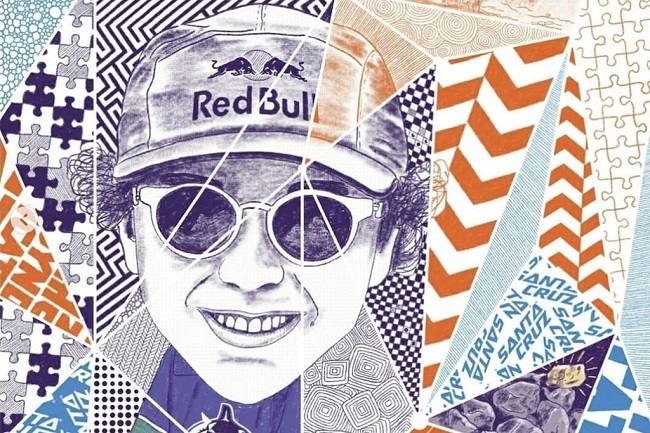 Jackson Goldstone has been one of the world's best riders - since the age of 12. (Photo: Santa Cruz Bikes)
Ride24

Oom Greg, will set the standard

The age discrepancy between Greg and some of these new Santa Cruz Syndicate riders is remarkable. He is technically old enough to be Jackson Goldstone’s father.

Amazingly, Greg will be entering his 24th season of UCI World Cup downhill racing and his 15th season, as a Syndicate team rider.

Hoffmann, Greenland and Goldstone will be taking the opportunity to absorb race craft and bike set-up skills, from the greatest downhill mountain biker of all time. For Greg, it will be yet another season of defying age stereotypes and enhancing his legacy.

British mountain biking legend and 2009 downhill World Champion, Steve Peat, will continue in an advisory role as part of the Santa Cruz Syndicate. Deploying his vast experience to the benefit of all riders.