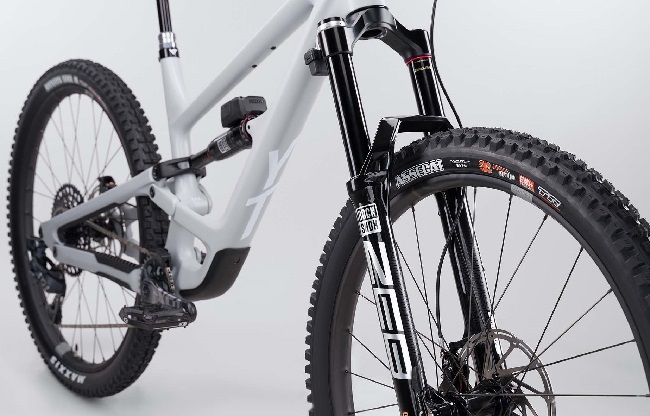 You might never have to touch a mountain bike suspension lever, ever again (Photo: YT)

In mountain biking, there are two anchor brands: RockShox and Fox.

Although SR Suntour makes more forks for a broader portfolio of mountain bikes, RockShox and Fox are fitted as original equipment on most mid- to premium-grade builds.

Suspension can be a troubling part of the mountain biking experience. It promises to make your ride comfier and more controllable if you get it set-up correctly. But rider error, or rather – technical illiteracy – is often a barrier to peak suspension performance.

RockShox has revealed a technology breakthrough with its wireless suspension control system, promising to help riders get the most from their mountain bikes. The new system is called Flight Attendant and analyses data from sensors in the fork, rear shock and crank arm, every five milliseconds. Engineers at RockShox wished to create an automated suspension platform that would pre-empt adjustment, depending on terrain and rider input.

The system has three basic functions, all of which will be familiar to mountain bikers who manually adjust their suspension during a ride: open, pedal and lock. The fork controller knows when you are climbing, cornering, jumping or rushing a rock garden – adjusting accordingly (Photo: YT)
Ride24

Where RockShox's algorithm and servos work their magic, is that you never have to worry about triggering the system's different modes. It knows when you need a locked-out system for peak pedalling efficiency on a level gravel road, or on a steep climb.

The moment you start descending or have to ride across some rocky terrain, it unlocks the suspension in an instant to allow maximum terrain absorbtion.

Mountain bike suspension bits are expensive to buy and not cheap to maintain. Riders who accidentally descend with their forks or shock in the locked setting, not only risk component damage but can also experience an entirely avoidable crash due to incorrect suspension settings.

RockShox's wireless suspension is completely foolproof, unlike a fork or shock with mechanically lock-out dials or levers. It will never allow you to run short on suspension travel because you forgot to unlock before going downhill – unlike most analogue forks or shocks. Although handlebar lockout remotes exist for mountain bike suspension, they add the compacity of additional cable routing. With the Flight Attendant system being wireless, the overall look is clean and you don't have more cables to snag.

There are some things that Flight Attendant cannot do. It influences and adjusts fork and shock compression, but not rebound – which you'll still have to select yourself.

RockShox's Flight Attendant works as part of the brand's AXS wireless drivetrain system and is available on long-travel enduro bikes from YT, Canyon and Trek.

The greatest benefit of artificially intelligent suspension adjustment applies to bikes with more than 150mm of fork or shock travel – generally categorized as enduro bikes.

On steep climbs, enduro bikes can bop up-and-down, when they are aggressively pedalled uphill, wasting valuable rider energy. The Flight Attendant system eliminates this, keeping a rider fresher for those inevitable technical descents, which follow any long climb.

RockShox's Flight Attendant modules add 308g to the suspension fork or shock, with device endurance rated at 20-30 hours for the fork controller and 30-40 hours on the shock, before requiring a recharge.