The South African team comprises 23 riders. For eight of these riders, this event will see them make their debut on the international stage.

Andrea Schofmann and Madison Mann will be contesting the junior women’s XCO race. Schofmann is currently ranked eighth in the world.

Kai van During, Gunther Katzke, Luca Ruwiel and Matthew Scott will all be making their debut in the junior men’s XCO event. Von During is currently ranked sixth in the UCI rankings.

Martin Vermeulen will be making his debut in the junior men’s downhill event. Strong riders in all classes

The elite woman contingent consists of Tokyo Olympian Candice Lill and Mariske Strauss in the XCO discipline. Strauss kicked off her campaign with a 13th place in qualifying.

Frances (Frankie) du Toit and Sabine Thies will roll the dice in the women’s downhill event. Du Toit has won everything she can win in South Africa and hopes to put that experience to good use.

Alan Hatherly is undoubtedly South Africa’s hottest prospect for a medal when he lines up for the men’s XCO event. And he is no stranger to winning world championships. His trophy cabinet already contains rainbow jerseys from the under-23 XCO category in 2018 and the e-bike XCO category in 2019. Hatherly has had an impressive run of form in the last few months, with a fourth-place at the Les Gets round of the UCI World Cup series at the beginning of July.

An eighth place at the recent Tokyo Olympics showed his class. Hatherly won his heat during Wednesday’s qualifying for the short track final and posted the fastest time overall.

Local marathon champion Matt Beers will also be lining up in the XCO race alongside compatriot Arno du Toit. Beers qualified in 39th place for the short track final. 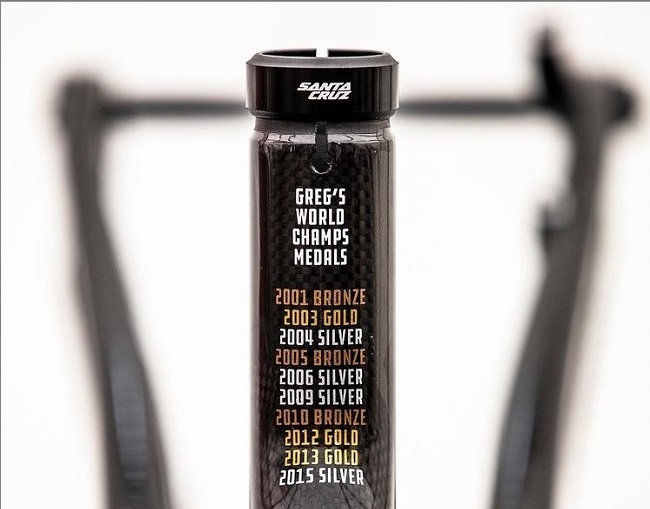 The greatest of all time - is on our team

Minnaar has been on the downhill World Championships podium ten times during his long career, with three victories, four silver medals and three bronze medals.

He has shown great pace this season, with a fourth-place at the recent Maribor World Cup and is always a podium contender.

Minnaar will be riding a custom painted Santa Cruz V10, featuring the Santa Cruz logo on the down tube, in the colours of the South African flag. His World Championship bike also lists Minnaar’s career palmares on the seat tube.