Namibian rider sets new 36ONE course record in the Karoo South Africa has an abundance of challenging mountain bike events. Multiday stages races like the Cape Epic. And brutal point-to-point events, like the Munga.

But the 360NE ranks as a significant achievement in the resume of any local mountain bike racer.

The formula is simple: 361km with a cut-off at 36 hours and ten minutes. That's a huge distance to ride in a day and a half.

Making the 36ONE even more challenging is dealing with the darkness. Riders start at 15:00 and ride throughout the night, enduring bitter Karoo cold – and the kind of isolation that doesn't sit well with all competitors. The record reclaimed by an African rider

This year's 36ONE saw a new course record. Namibia's Drikus Coetzee bested all his South African rivals to win in a time of 13:17.50, on Sunday morning.

Coetzee beat the previous 36ONE record, set by Switzerland's Kenny Looser, which stood at 13:26.14.

The 360NE is part strategy, part grit. And Coetzee applied both of these elements masterfully. "From about 15km out I knew I was inside the record," Coetzee said, after the win. "But I wanted to empty the tank. Last year I came close, but made a mistake in the last 100m, which put me out of contention in the sprint with Konny [Looser] and Christiaan [Janse Van Rensburg]."

"I knew from last year that I could break the record, and conditions were perfect for it. We only had a short section of headwind, approaching the first checkpoint at Louvain. It was a nearly perfect ride." 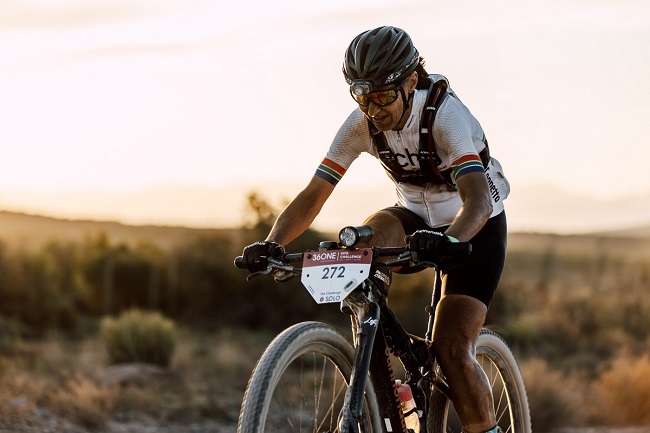 4. Yolande de Villiers rode to a dominant victory, though her own course record eluded her. (Photo: Shift Media Co)
Ride24

Oudtshoorn local Yolande de Villiers predictably won the women's category, although she did not improve on her own course record.

Although its sheer distance impresses mots, what is not appreciated, is the amount of climbing that 360NE finishers must complete.

The route takes in many of the Klein Karoo's iconic gravel road mountain passes and totals 5000m of vertical ascent. Riders effectively climb five Table Mountains on their 361km adventure. 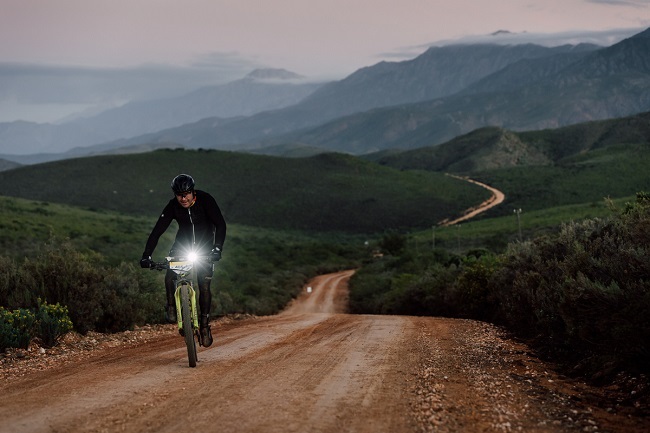 6. The rolling roads of the Klein Karoo provided a challenging course, including 5 000m of climbing in the 361km distance. (Photo: Shift Media Co)
Ride24

Gravel bike can only go halfway

An interesting aspect of the race's evolving technical rules, is that gravel bikes aren't allowed on the full 36ONEdistance.

Lighter and faster-rolling than mountain bikes, gravel bike riders are only allowed to ride the 36ONE half event, which totals 180km.

Whether setting a new course record or merely finishing, all 360NE riders become authoritative on all aspects of saddle comfort and general mountain bike ergonomics.