Ride the Cape Epic with Zwift 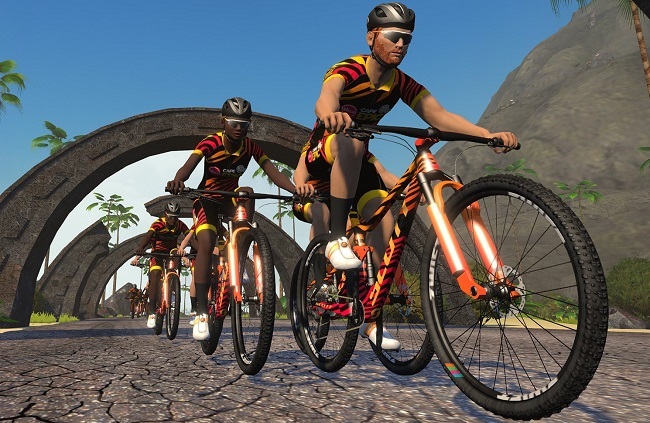 For the last 16 years, March has been Cape Epic month. But with the 2020 Absa Cape Epic cancelled completely and the 2021 event postponed until October, that routine continues with a virtual Cape Epic hosted on Zwift.

From 7-14 March riders across the world will be able to flex their racing muscles on four stages of the virtual Cape Epic, hosted in Zwift’s Watopia.

Entry is free to all riders who have access to Zwift and a smart trainer. All competitors who complete the four stages stand a chance to win a Scott Spark RC 900 mountain bike and the opportunity to race the best in the world during the virtual Cape Epic Zwift Pro-Am event on 17 March.

The four stages will include three mass start events and a time trial. In total, riders will cover 73.4km and 788m of climbing during the virtual Cape Epic. Come October, those attempting the real Cape Epic will need to conquer 655km and 15 550m of climbing across the Western Cape’s wildest trails.

All riders who complete the first two stages will unlock a branded in-game Assos Cape Epic kit that will be loaded to their Zwift garage. Riders who finish stage three and four will unlock the virtual Cape Epic Scott Spark paint job. You could get a great new bike, by participating

All riders who complete all four stages will be entered into a lucky draw to win a Scott Spark RC 900 Team issue bike custom painted by Fat Creations and kitted out with SRAM’s electronic AXS drivetrain. This carbon-fibre dual-suspension mountain bike is worth R200 000.

Riders who finish the four stages will also be invited to race the pros in the virtual Cape Epic Pro-Am style race on 17 March.

The Pro-Am race will see the world’s best endurance mountain bikers battle each other on the brand-new Serpentine 8 Loop on Zwift. Featuring 204m of climbing over 26.6km, racing is sure to be blisteringly fast.

The action from this finale will be broadcast live to the world on the Cape Epic and Zwift social media channels with Paul Kaye and Hannah Walker behind the microphones.

We live in a world where facts and fiction get blurred
In times of uncertainty you need journalism you can trust. For 14 free days, you can have access to a world of in-depth analyses, investigative journalism, top opinions and a range of features. Journalism strengthens democracy. Invest in the future today. Thereafter you will be billed R75 per month. You can cancel anytime and if you cancel within 14 days you won't be billed.
Subscribe to News24
Related Links
The biggest issue with bike aero – is you
Are these the world’s best mountain bikes?
Next on Life
Instagram data science ranks the world’s most picturesque cycling routes