Slinging around South Africa – riding all 9 provinces in a weekend 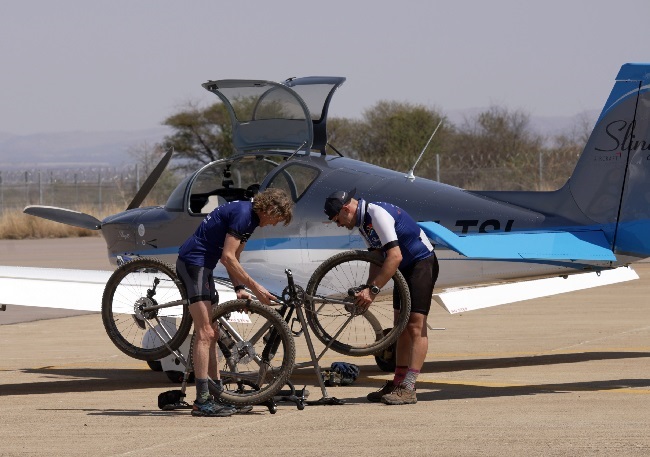 The Sling crew, doing with a light aircraft, what many do, with their SUVs. (Photo: Sling)

Most South African bicycle adventures start and end with a bicycle rack on a vehicle. But what if you could fit your bicycle in a fixed-wing aircraft instead?

Just like their aircraft, Sling’s bikes are tools for exploration. And Sling Aircraft co-founder, James Pitman, with Sling Cycles manager, Branko Brkljac, have shown what can be done with the brand's planes and bikes.

James and Branko set out to do a bicycle ride in all nine provinces of South Africa, within three days. A Sling TSI aircraft was loaded with camping and sleeping gear, food, personnel effects and two Sling Tagati gravel bikes.

An early morning ride around the airfield in the south of Johannesburg saw them tick Gauteng off the list. A simple removal of wheels saw the bicycles easily loaded into the back of the four-seater aircraft.