The Pyrenees are between Vingegaard, Pogacar and Tour de France glory The defending champ is uncharacteristically not in yellow. But this might change in the Pyrenees. (Photo: A.S.O/Charly Lopez, Pauline Ballet, Jered & Ashley Gruber)

When current leader Jonas Vingegaard and defending champion Tadej Pogacar roll up the Champs-Elysees next Sunday, the cyclist in the yellow jersey will have endured an epic 21-day struggle for supremacy.

Two-time defending champion Pogacar of team UAE Emirates was billed as a certainty for his third title, but for now the Slovenian sits second trailing 2min 22sec behind the Dane.

Here AFP looks at the factors most likely to settle the enthralling struggle that has attracted blockbuster crowds on the roadside and record television audiences. 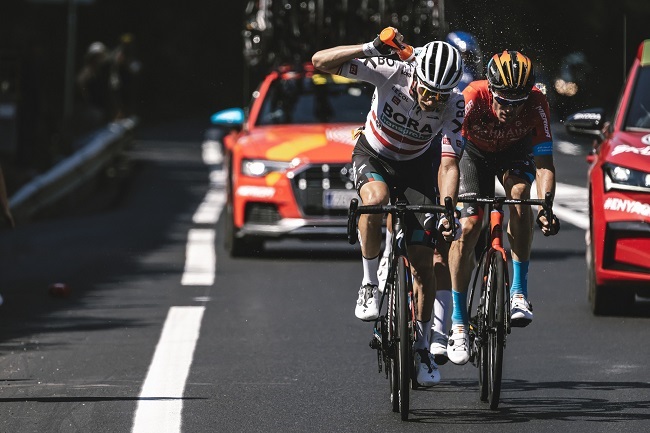 Pogacar was dancing around playfully pouring water on stage winner Jasper Philipsen at the finish line on Sunday like some teenager at a pool with his pals. On the same day Vingegaard lost two teammates to injury, he also had to survive not only an early long range attack from his rival, but also a late fall, after which he threw his bike to the ground. The Dane had so far been a picture of calm, collected perseverance.

Appearances can be deceptive, especially in this most machiavellian of sports, but mental strength will be crucial. The pressure is off Pogacar, he has won twice, and now he is chasing, is less likely to be ganged up on by alliances of fortune between rival teams trying to topple him.

Vingegaard conversely has had astonishing levels of service from the now departed pair Primoz Roglic and Steven Kruijswijk. These two did most of the damage in the series of searing attacks that saw Pogacar flounder so awfully on the Col du Granon where he was knocked off his perch by the Jumbo collective effort and alliances. Mountains define the Tour de France. It is where the peloton suffers most. And legends are forged. (Photo: A.S.O/Charly Lopez, Pauline Ballet, Jered & Ashley Gruber)
Ride24

More mountains to humble all riders

The next three stages will see the peloton roll into the high mountains.

After witnessing such a turn of fortunes in the Alps, there is every reason to expect attempts to effect another revolution in the Pyrenean climbs to Peyragudes and Hautacam and also at the first installation that ends in a 25km largely downhill run to Foix where Simon Yates raced to a daring triumph in 2019.

Asked why he had attacked at Megeve this week, Pogacar seemed offended. "Its a race, that's racing, expect me to keep trying," said the champion.

Before Pogacar's bad day on the Col du Granon, where he dug deep within himself to limit his damages, the pair had appeared evenly matched. With the willowy Vingegaard skipping up into Pogacar's slipstream on every attack.

The first of the three Pyrenean challenges ends with a daredevil descent. Pogacar's sense of fun, mastery of his vehicle and taste for an attack bode well for a thrilling finale at Foix. The second one climbs to Peyragudes where French climber Romain Bardet once won, will serve as a reminder neither of the top two is guaranteed anything. But the third day has been designed to provide the sporting challenge and a panorama worthy of a legendary hero.

Many fans feel Tour de France should be decided on the climb to Hautacam on stage 18, with a total of 45km at a steep average 8% gradient. 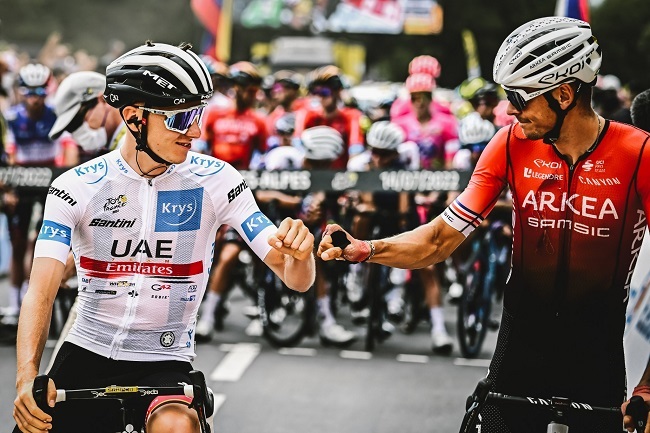 After struggling in the Alps, could the Pyrenees climbs be more to Pogacar’s favour? (Photo: A.S.O/Charly Lopez, Pauline Ballet, Jered & Ashley Gruber)
Ride24

If the defending champion is still trailing going into the final day he might be heartened to recall his first Tour de France triumph. In 2020 he overhauled the leader Roglic, who went into the last real day of racing more than a 90-second lead.

Stage 20 is a 40km individual time-trial where on paper Pogacar could pulverise Vingegaard in a similar manner. But after 19 stages and a heatwave it is impossible to predict who will have what exactly left in the tank.