Roxy Lo is like the Da Vinci of the mountain bike design. Her influence is immense (Photo: Saris Mercanti)

But in the revered realm of mountain bike frame design, women are rare. Very. And sixteen years ago, they were even rarer. 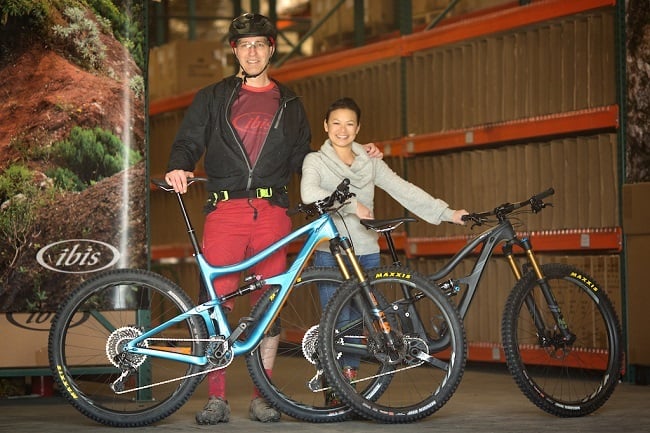 Roxy with fellow Ibis Bicycles partner, Tom Morgan. She might not be the biggest rider, but her influence within mountain biking, is huge (Photo: Saris Mercanti)
Supplied

A woman that could see the future of mountain biking

Designed to pedal up long climbs with great efficiency and deliver tremendous confidence when descending technical trails, the trail bike can do it all. And a lot of it is the result of one very brilliant woman: Roxy Lo.

One of the smallest mountain bikers you’ll ever encounter at 1.55m, Roxy is also a senior partner at Ibis Bicycle and regarded as one of the world's great bicycle designers.

Based in Santa Cruz, California, Ibis is one of the original mountain bike companies, founded in 1981. After an unfortunate brush with private investment, the company went bankrupt in 2000, before being reconstituted. To relaunch Ibis, its new owners – including the founder - wanted a showstopper product. Roxy delivered.

With a background in structural engineering a fine art, through the University of California at San Diego and California’s College of the Arts, Roxy did not lack inspiration or originality. But she had never designed a bicycle before. Much less, a pioneering carbon-fibre one.

Roxy rewarded Ibis for this faith in her artistic abilities. Her first mountain bike, the Ibis Mojo V2, remains one of the most iconic designs in cycling history.

It was a breakthrough production monocoque dual-suspension carbon-fibre mountain bike with broad market appeal. And it stunned the mountain bike world on debut, in 2005. Even in 2021, the original Mojo looks entirely contemporary.

Before Roxy’s design, dual-suspension mountain bikes were a case of form slavishly following function. Engineers chose their suspension hardware and pivot locations. The aesthetic flow and symmetry of a frame, and its tube shapes, were not considered necessary. Adding an aesthetic element, to traditional engineering, has been Roxy’s legacy in the cycling industry (Photo: Saris Mercanti)
Supplied

At Ibis, Roxy was trusted to craft a bike that would integrate the most sophisticated suspension design, in a dramatically elegant way.

Ibis allowed her to lead with an intuitive understanding of how carbon-fibre tubes could be shaped into flowing symmetries.

Engineers did the math to make Roxy’s design vision work. This was very different from the original cycling industry approach, where industrial designers merely chose some colours and graphics towards the end, after the engineers had shaped the bike. One product - and the rebirth of a company

Seventeen years later, Roxy remains as head of design and a senior partner, at Ibis.

In 2021 Ibis has a bike range five models strong and has recently managed to onshore some of its carbon-fibre production, boosting the company’s sustainable sourcing goals. 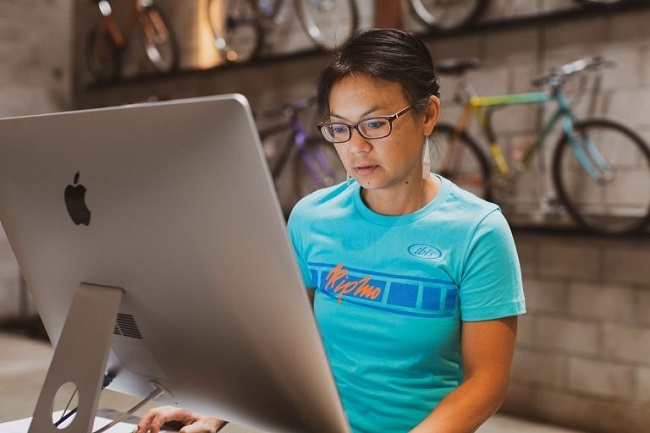 A bike that made the industry react

Without Roxy Lo’s inspired eye, disciplined imagination, and methodical design philosophy, none of this would have happened.

A committed rider, Roxy has also been a thought leader in the quest to make 29er mountain bikes and suspension systems work better for smaller and lighter riders.

Beyond cycling, she consults within the lighting and packaging industries on special projects. Roxy Lo. The designer who made carbon dual-suspension bikes, gain customer acceptance. (Photo: Elisa Cicinelli)
Supplied
We live in a world where facts and fiction get blurred
In times of uncertainty you need journalism you can trust. For 14 free days, you can have access to a world of in-depth analyses, investigative journalism, top opinions and a range of features. Journalism strengthens democracy. Invest in the future today. Thereafter you will be billed R75 per month. You can cancel anytime and if you cancel within 14 days you won't be billed.
Subscribe to News24
Next on Life
CAPE EPIC 2023 | Training and data log 4 - when less is more