Maxxis revived some of the original Minion graphic design, for its 20th birthday month (Photo: Maxxis)

Tyres are the most important functional element of mountain bikes, especially for trail and downhill riding.

A great bike with cheap and nasty tyres, will dramatically underperform.

You can spend a lot of money on that new frame or trick suspension, but if you are rolling poor tyres, the investment in your riding experience is wasted. Where steep and fast trails are ridden. The Minion is always present (Photo: Maxxis)
Ride24

In a competitive market with many rubber formulations and casing designs, one tyre remains the standard by which most others are judged: the Maxxis Minion.

This is a tyre designed to provide the most grip and terrain feedback on steep and technical trails. And when things get exciting (or scary) on a descent, the Maxxis Minion shows its worth. Amazingly, the Minion design isn’t new. At all.

Maxxis celebrates 20 years of the Minion by integrating some of the original casing graphics from 2001, on a limited production run of tyres.

For two decades, how has one tyre model managed to remain dominant in the extreme enduro and downhill mountain bike disciplines? Bikes have advanced, with trails becoming steeper and more technical. Surely the original Minion design from 2001, would have become redundant?

It hasn’t. Although the tread block sizes and rubber formulation have changed size and improved, the current Minion design remains faithful to the original. 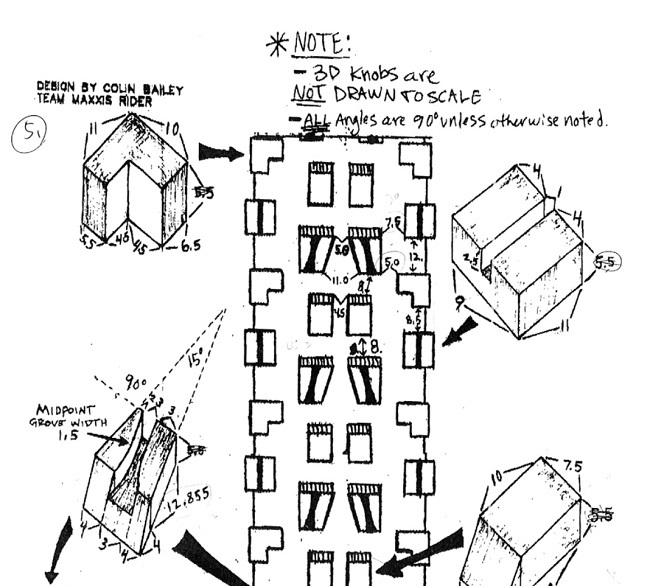 Colin Bailey is the person who should receive much credit for creating the mountain bike world’s most iconic tyre, for serious trail riding.

The American rider was a pro downhill racer and designed the iconic Minion tread pattern while being sponsored by Maxxis.

Minion was, therefore, truly rider inspired. It was created from Colin’s riding experience, instead of being a product initiative diluted by too many engineers, product planners and meetings.

How good is the Maxxis Minion tyre range? Most downhill and enduro racers who don’t have a tyre sponsor default to Minions. And Greg Minnaar was a longtime Minion user, until Maxxis gave him a signature tyre model, the Assegai (which naturally, drew inspiration from the Minion).