These titanium pedals are unbelievably light Most cyclists assume that the best components are made from carbon-fibre, but titanium has always been the most desirable bicycle industry metal.

Notoriously difficult to shape and weld, titanium bicycle frames and components are rare, because the skills require to produce them, are equally rare.

As with aluminium and carbon-fibre, the two dominant reference materials in cycling, titanium promises great strength, at very low material weight. It is nearly twice as strong as aluminium, and 40% lighter than an equivalent steel component. This means that you can make really strong titanium cycling components, which are very light in weight.

German start-up, Titanums, has revealed its MyTi Ultra pedals, which are 3D printed from 6AI/4V titanium. The claimed weight for a set of pedals, is incredible: only 100g. A lightweight pair of pedals would be considered 200g, so to halve that, is remarkable. 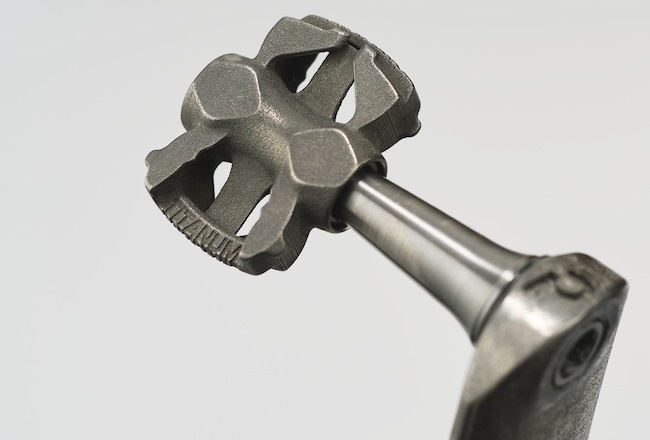 These Titanums pedals do not use the ubiquitous SPD clipless pedal interface. Titanums have patented their own leaf spring clipless system, to keep your riding shoes secured to the pedals, but also allows for generous lateral ‘float’.

Titanums has contracted production to another German company, Element 22, based in Kiel. By using the extreme precision of 3D printing, Element 22 can deliver the Titanums MyTi pedals design with no excess material, which is something that isn’t possible with traditional milling or stamping techniques.

Priced at R5300, if you join the Kickstarter campaign to make these titanium pedals a reality, the MyTi could trigger rival cycling component companies, to attempt building even lighter pedals.