This German frame could be the Last MTB you ever need Rated as an ultralight bike. But robust enough to ride the most technical trails. (Photo: Last Bikes)

Although German mountain bike brands aren’t marketed with the potency of American bike companies, there is nothing amiss with the technology on offer.

Leveraging the world-renowned German technical education system and a flood of engineering talent, German mountain bike companies build some of the world’s most innovative bikes. Like the featherweight Last Asco.

The brand name 'Last' might be an oddity, but at the company’s Dortmund headquarters, engineers and composite technicians create some of the world's lightest and most robust mountain bikes. 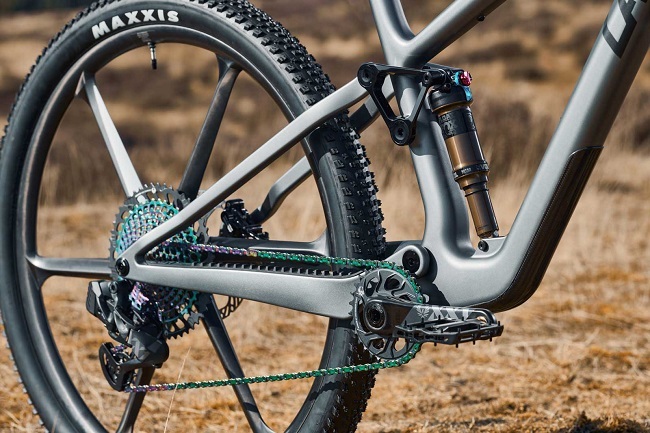 Last’s latest offer is a 1.79kg frame, which can be built with two different shock sizes, depending on rider preference. The Last Celos mounts a 120mm shock and fork, while the Asco has more suspension travel – 130mm at the rear and 150mm at the front.

To give you an idea of how light that is, for a frame that can use a long-travel 150mm fork, the Cape Epic winning Orbea Oiz bikes had a frame weight of 1.74kg. And the Oiz is limited to 100mm of rear and 120mm of front suspension travel. The custom carbon layup is protected from rock and debris strikes, by this downtube protector. (Photo: Last Bikes)
Ride24

There are rider weight considerations

With its latest product release, Last has managed to create a frame built to trail bike specification, at race bike weight. And without any associated fragility - often a fear with ultralight mountain bikes.

The only issue is rider mass. For the brand’s new 1.74kg dual-suspension Celos and Asco frames, Last has a rider weight ceiling of 100kg. But you can ride heavier, without issue. There is a reinforced version, at 2.09kg, that is user-rated for riders up to 120kg.

Whether you seek an ultralightweight stage racing bike with lots of descending ability, or a light enduro build, the Last Celos and Asco can be tailored for either outcome.

The 120mm travel Celos can be built as a 9.9kg complete bike (budget allowing), while the Asco, with a 150mm fork and 130mm shock, is only 10.5kg, configured with premium components. Very light. Very capable. Unquestionably German.