When the best mountain bikers - get scared 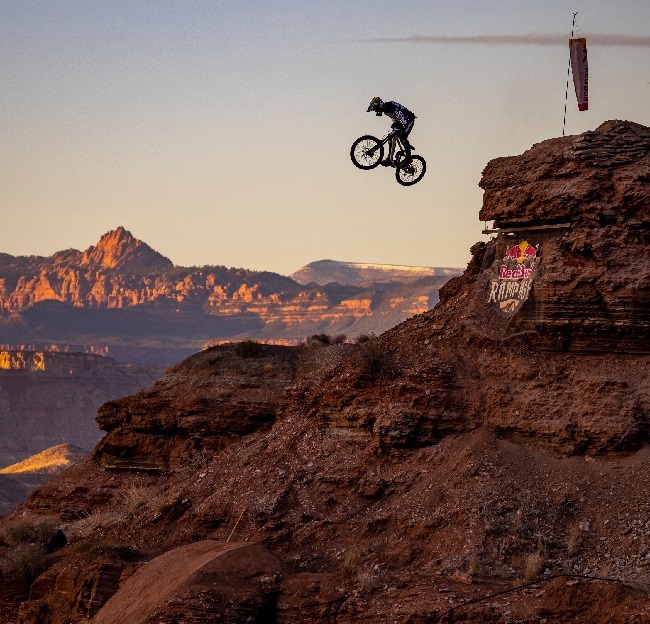 Since 2001, the world’s most daring mountain bikers have made an annual pilgrimage to Utah.

As autumn in the northern hemisphere allows a narrow weather window of milder temperatures, before the bitter winter cold, riders have explored. Discovered. Ridden. And crashed.

In the Utah desert’s Zion national park, an elite roster of mountain bikers meet each year for Red Bull’s Rampage. An event where the terrain is so extreme that nobody feigns bravery. Fear and trepidation are very present emotions.

Each year, new invitees join the established cadre of Rampage riders. Nobody is here by accident.

During the week’s practise for this year’s Rampage, riders have already had to face their fears. The clip above, of Poland’s Szymon Godziek, is telling.

Rampage also happens to be the ultimate proving ground for mountain bike component durability. If it can survive a week at Rampage, it will last a lifetime for normal riders.

One of the greatest Rampage riders, is Canadian Brandon Semenuk. He is a three-time winner of the event and in practice, landed an amazing whip – off a huge cliff drop.

Can a smaller fork, survive Rampage?

Semenuk is a favourite to win his fourth Rampage title and his bike is running a smaller fork than would ordinarily be the case at Rampage.

With the considerable landing forces involved, triple-clamp forks with 40mm stanchions have become the default standard on Rampage bikes.

Semenuk is riding a single-crown fork, with 38mm stanchions, traditionally considered too small for the extreme terrain. But that doesn’t appear to be bothering him.