Despite an enormous user base that has seen more than 3m accounts created, Zwift has surprised the cycling community by announcing layoffs.

Advances in wearables, smart trainers and a strong community addiction to data have seen lofty valuations for the company’s value. And its prospects.

But like much of the tech sector, the last few months have not been kind to Zwift. The company has invested heavily in developing its offering of indoor trainers, which has not gone to plan. Images of Zwift’s prototype indoor trainer. Which has been shelved. (Photo: Zwift)
Ride24

Not easy moving into the 'real' world

The associated cost and supply chain challenges of developing hardware products, as opposed to software, have been much greater than Zwift anticipated. This has resulted in job losses and a stalled project timeframe.

Zwift’s public relations director, Chris Snook, announced the company’s changing strategy. "We have decided to scale back our hardware offering, pausing plans to launch a smart bike. We are grateful for the contributions of all those impacted and have done our very best to support them." 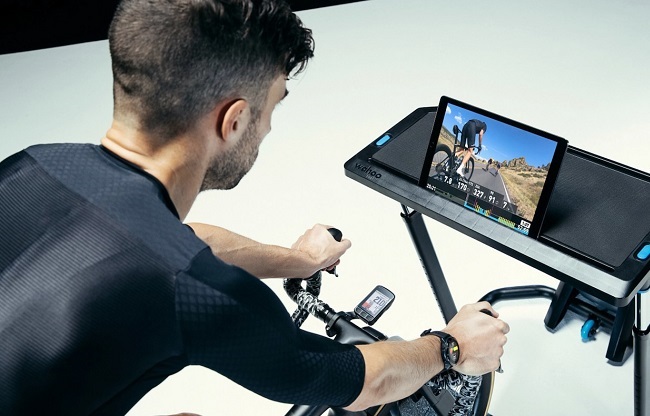 With user data valued as digital gold by the market, Zwift is ideally positioned to harvest an immense volume of active rider data. But it has seen Wahoo Fitness become a significant challenger, with a product range that spans cycling hardware and software.

Wahoo has a range of data harvesting wearables, bike computers and power meter pedals. The company also recently acquired the RGT Cycling virtual riding app, which Zwift has admitted is the closest rival to its own digital offering.

The decision by Zwift to trim its workforce and forego the development of a smart trainer, could be the start of a correction in the digital training space.