2 women who weigh 160kg and 300kg share why they feel ashamed of their bodies, plus 10 ways to rebuild your confidence 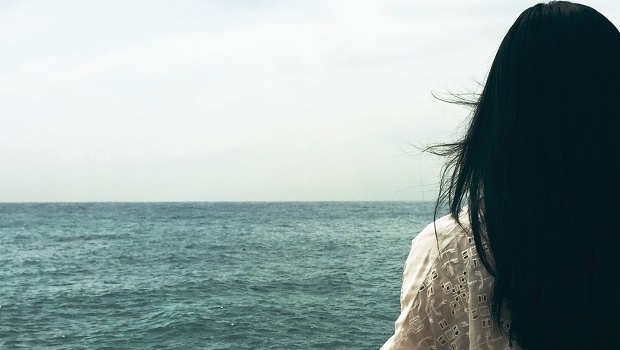 This is particularly true when you are surrounded by people who consistently feed your insecurities, poke fun at your problems or judge your situation.

In a world consumed by outward appearance and physical attraction, it is very easy to develop a low confidence level and even depression.

Being continuously under pressure to live up to unrealistic beauty standards set up previously by society, those seemingly perfect women in our favourite magazines and now more recently social media, can eventually take toll on one’s mental health.

Even those of us who are considered to be conventionally beautiful suffer the blow of feeling inadequate or not as pretty as the next person.

For someone considered overweight or plus-sized, these feelings can be amplified, or at least that’s how I felt before I eventually lost most of my weight.

That’s a story for another day.

Today, however, we explore the stories of two women who’ve had such a decline in confidence and self-esteem because they are what society considers overweight that they’ve completely shut themselves off from the world and are now trying to take back their lives.

Katli* a 26-year-old women from Johannesburg South says that she has troubles doing just about anything in public because she hates the way people stare at her because of her weight.

READ MORE: ‘Strong is the new skinny’ isn’t as empowering as it sounds

“I usually avoid going out in public as much as possible because I get all kinds of stares and even comments about my weight from complete strangers”.

She says that she once weighed less than 60kg but quickly piled on weight after she became bedridden because of a car accident she was in.

“Being stuck in bed for nearly four months was not easy. All I did was eat and sleep and wallow in pity.”

“Soon the weight was piling on and before I knew it, I gained more than a hundred kilograms”

She now weighs around 160kg. Even though once she recovered and did attempt dieting and exercise, losing the weight proved way harder for her than gaining it.

“I joined the gym, tried to eat healthier but nothing was worked. Being stared at in the gym and getting reminded about how much weight I gained by people around me started taking a toll on my emotional health and so I stopped trying."

She would love to try again to regain control of her life and self-esteem by learning how to develop a more positive self-image.

“Growing up I had always been “bigger” than other kids my age.

Sweets, extra servings, meat and anything I could get my hands on to eat were the order of my day.

I am an only child and my parents were divorced when I was only five, leaving me with my mother who seemed to only want to feed me and drink large glasses of wine to mask her depression which resulted after the divorce of my father who we barely heard from after he remarried.

Before long, I found myself taking more care of my mother than she of me and even though I was mostly in control of what I ate and how much exercise I managed to get in a day, I guess I too found comfort in large servings of fatty foods.

READ MORE: Unathi on how she is no longer trying to lose weight

While my dad was barely present, he had always ensured that my mother and I had enough to survive, even now that I am twenty-five, he still sends money.

My mother who is now 58-years-old has never bothered to find another partner and spends most of her days in front of the TV or cradling a bottle of alcohol.

The two of us have fallen into a routine that involves eating, going grocery shopping, watching television and drinking.

As a result of neglecting my health both mentally and physically I now weigh just under 300kg and am deeply depressed.

I hardly check the mirror and have given up any attempts to go out.

I’ve cut off friends I made in school because I have no more energy to say no when they invite me places and the thought of being in public literally scares me.

I have never had a job because I’m scared of being mocked for walking too slowly and because I have incredibly large breast which I would hate people staring at.

I have also never had a romantic relationship with anyone.

At only 23, I never imagined I’d live such an empty and unfulfilling life. I know I played a big role in my current position but I desperately want to fix things and get back my confidence”

Psychologists at FedHealth shared the following advice on how you can start to build a more positive body image.

1. Re-frame your thinking. Focus on health and fitness, rather than aesthetics.

2. Be kind to yourself. Choose self-care. Set time aside every day for yourself. Listen to music or simply enjoy the sunset.

3. See the whole person. Choose not to focus on specific body parts.

4. Stop talking about your negative points. Knock it off. You’re hurting the one you love, you.

5. Keep a gratitude journal. Try it. Keep a top-ten list of things you like about yourself – things that aren’t related to how much you weigh or what you look like.

6. Make a list of people you admire. People that make a difference. Are they all supermodels? Likely your list will be chock-full of smart, creative, funny and confident people. And hey, aren’t you a couple of those things yourself?

7. Ooze confidence, even if you don’t feel it. Studies show that smiling and projecting a positive vibe (even if you fake it) can affect your brain chemistry over time, and may even boost your mood in the moment.

9. Dress for success. A fit, healthy body is the best fashion statement. Forget about the latest trends. Stick to your personal style to boost your confidence.

10. Surround yourself with positive people. It’s easier to feel good about yourself when you’re surrounded by supportive people.

Do you have a poor self-image? Share your story with us here.

We live in a world where facts and fiction get blurred
In times of uncertainty you need journalism you can trust. For 14 free days, you can have access to a world of in-depth analyses, investigative journalism, top opinions and a range of features. Journalism strengthens democracy. Invest in the future today. Thereafter you will be billed R75 per month. You can cancel anytime and if you cancel within 14 days you won't be billed.
Subscribe to News24
Related Links
How this woman’s scars helped her start a page that encourages women to embrace their imperfections
This social media influencer is encouraging women to embrace all their flaws – and we love it!
Unathi on how she is no longer trying to lose weight
Next on Life
What position should you sleep in, and is there a ‘right’ way to sleep?