There is no medical explanation for her hair.

"I am just a hairy person. I have recently learnt that the women on my father's side are quite hairy and it is perfectly normal," says Esther.

"I come from the Wè tribe in Ivory Coast, Africa, and the women in my great grandmother's time were very hairy and it was seen as beautiful."

READ MORE | Woman with facial hair challenges ideals of beauty: 'I woke up one day and my face had gone viral' Esther Calixte-Bea, 24, has embraced her chest hair after years of struggling to accept her body. All photos courtesy Caters News Agency/ Magazine Features

Esther says it has taken me most of her life for her to accept her body and embrace who she is.

“I became fed up with feeling insecure and shy. It was tiring carrying around a heavy burden and hiding my hair from people. I was so depressed and even suicidal during my teens," she shares.

Then she decided enough was enough. “I stopped shaving and decided to be me. It is the best thing I have ever done as I feel sexier and comfortable in my own skin,” Esther says.

READ MORE | Why are we still splitting hairs over whether women shave or not? Blame history... and men Esther began complimenting herself which instantly made her feel better. She says, “I obsessively shaved in school to make sure nobody would see my hairy chest. I would freak out if just two hairs appeared."

Shaving and waxing caused her tremendous amounts of pain. “It was more hassle than it was worth.”

Esther questions societies beauty standards, saying, “If women weren’t supposed to have hair, we wouldn’t grow it. It is the society that tells us to shave. I have redefined beauty for myself and I no longer allow society to dictate it for me. I have decided what beautiful is for me." READ MORE | I went for my first laser hair removal treatment, and this is how painful it was

Esther ditched her razor in May 2020, she can be seen flaunting her body hair with pride.

“It has been challenging as I am going against the ‘norm’. I had to push myself at the start by walking out with short shorts with leg hair. After a few weeks, I began to feel comfortable," she says.

"People stare but I don’t have to worry anymore. Fear tried to paralyse me." 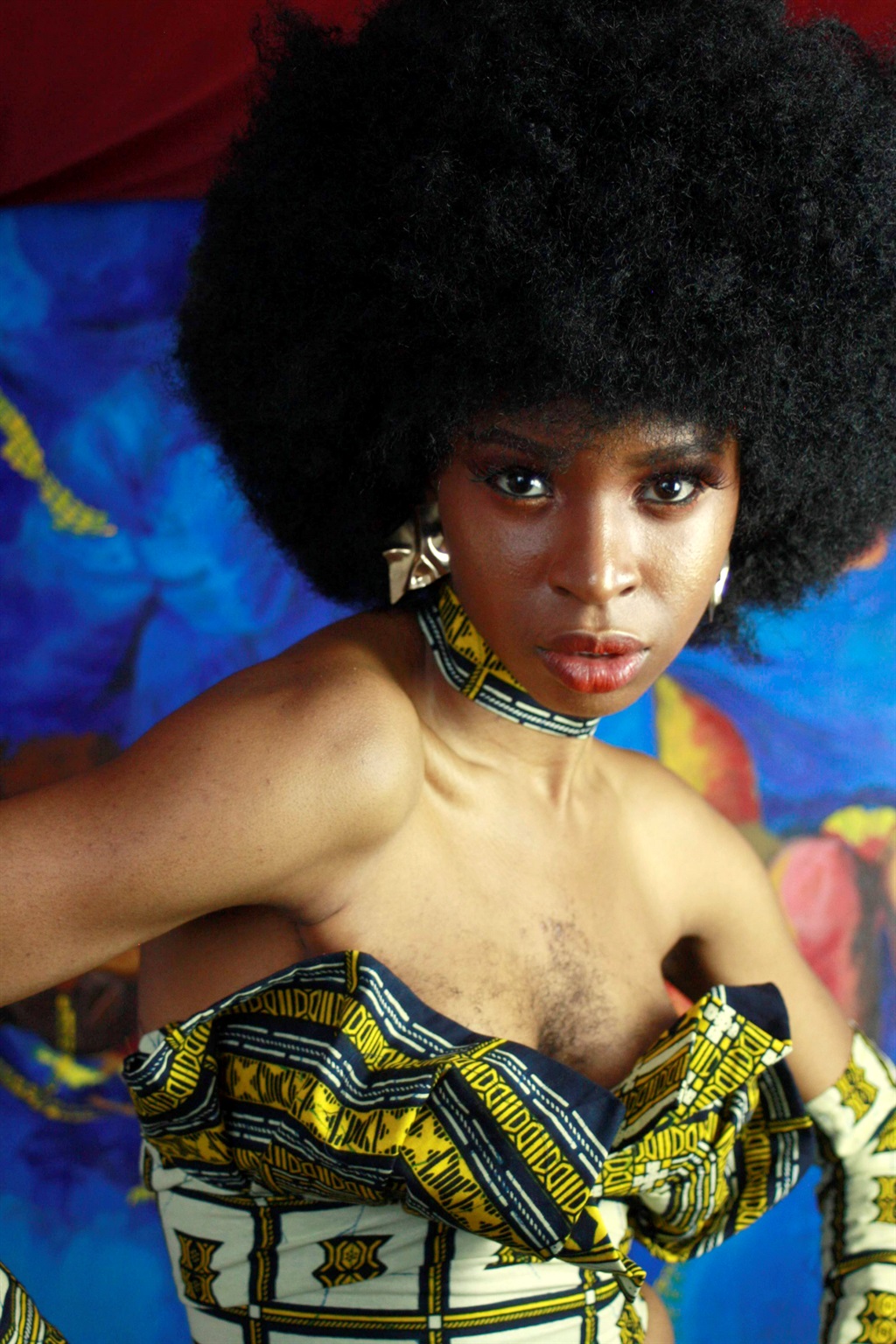 Esther says the response has been mixed. Many people stare and turn their nose up whilst others salute her for standing out from the crowd.

"Someone even filmed me once which was weird. But online, the reaction from others has been 90 per cent positive," she shares.

“I have received thousands of messages from women all over the globe who thought they were alone. I have shown them that facial and body hair is nothing to be ashamed of.”

READ MORE | Shaved, shaped and slit - eyebrows through the ages

The artist also paints women with body hair in a bid to normalise it.

“I don’t want hair to be an obstacle anymore. I refuse to victimise myself because of it," she concludes.

We live in a world where facts and fiction get blurred
In times of uncertainty you need journalism you can trust. For 14 free days, you can have access to a world of in-depth analyses, investigative journalism, top opinions and a range of features. Journalism strengthens democracy. Invest in the future today. Thereafter you will be billed R75 per month. You can cancel anytime and if you cancel within 14 days you won't be billed.
Subscribe to News24
Next on Life
What position should you sleep in, and is there a ‘right’ way to sleep?