Moontime reusable pads. Why would – or should – you bother? Well, besides the fact that they’re A) Good for your body. Unlike regular pads and tampons, they’re made from natural materials free from chemicals, plastics, glues, synthetic fibres and bleaches, which lowers the risk of rashes, irritation and infection. B) They’re good for the environment, for the obvious reasons. C) After the initial outlay, they end up being way cheaper. And then there’s the fact that I tested one – and it’s pretty amazing.

I decided to test the pad on my second and strongest-flow day. I also decided to use it on the longest social day: a Saturday that started with an old-friend catch-up, followed by a three-year-old’s birthday party, which rolled into her mom’s fortieth (we’re taking 12 hours here) – I mean, if you’re going to test it, make it count, right?

READ MORE: 5 alternatives to pads and tampons you should think about trying

Now I do prefer pads to tampons, but on a day like this I’d probably opt for the latter plus a pantyliner, purely for safety and security purposes – less chance of leaks, smells and bulges. So I was surprised when, half-way through said social marathon, I visited the loo for a pee and a peek and things were looking good!

This pad is crazy-absorbent, so much so that you hardly notice the blood (unlike the grim, globby scene that can greet you with a regular pad). Zero telltale scent either.

READ MORE: What every woman should know about using scented tampons and pads

The other thing I noticed was that I actually didn’t notice it at all. It didn’t feel like I was wearing a nappy. And it didn’t irritate my skin. My absolute worst is pads with wings – because those wings never stick to my broeks, but they do stick to everything else. It’s torture.

So a simple press-dud that secures a comfy cloth pad in place feels almost ground-breaking.

Towards the end of the eve, with the fortieth in full swing and finding myself in a kitchen with a bunch of women, I just had to skinner about my test subject. I thought they’d scoff – 2018 must be team tampon, right?

But how wild is this – every single one of them was firmly team pad. Most had left tampons behind with their early twenties. And they were all keen to switch to a cheaper, earth-friendlier, frankly far prettier pad alternative. How cute is this thing? 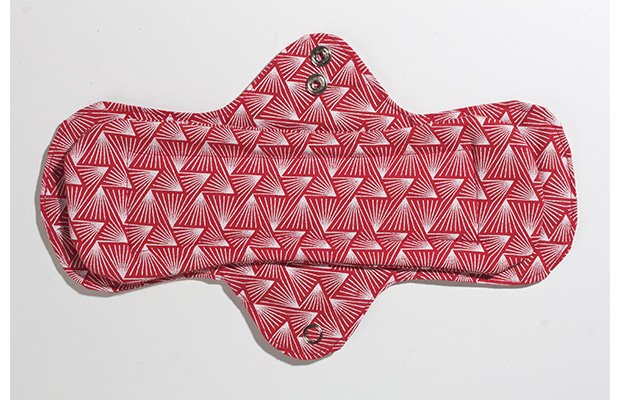 Of course, despite loving the idea of a reusable pad, the question on everyone’s lips was the washing-up bit. I hadn’t got that far, so I couldn’t tell them – but I can tell you. You’re supposed to soak in cold water with a splash of the essential oil of your choice, then hand-wash and air-dry. Unfortunately I’m horribly lazy.

I just tossed it in the washing machine – and, while this isn’t recommended (and yes, I am ashamed of myself), it came out in tact. And it dried overnight, ready for round two. Good as new. 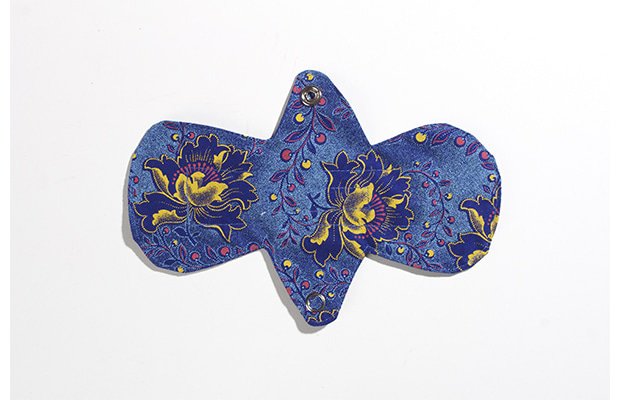 It’s now the last day of my period and I’m wearing the moontime reusable pantyliner (above), and loving it. Pads are definitely making a comeback. And they’re coming back better. Get your starter pack at Faithful To Nature.

A second opinion from a non-pad lover

Here at Women's Health, we like to get a second opinion, so we asked someone else to test a batch of moontime pads. This was her experience:

I normally use tampons. I’ve tried the menstrual cup, but I had some issues with leakage and it’s hard when you’re in a corporate office environment to sterilise your menstrual cup without privacy. Tampons do annoy me though, so I was more than happy to try something new.

READ MORE: Wait a second – are tampons legitimately bad for you?

Not being used to wearing pads, I did find that I was constantly aware of the fact that I was wearing a pad. It took me back to those awkward high-school years when you imagine that your pad sticks out somehow and then everyone knows you’re on your period!

However, it lasted all day and I mean about 14 hours with no mess, no fuss and unlike pads which have a ‘smell’, I couldn’t really detect anything. The material didn’t aggravate my skin either.

Despite the fact that my boyfriend did not respond well to the used pad soaking overnight in water in a bowl in the bathroom, I will actually use it again.

We live in a world where facts and fiction get blurred
In times of uncertainty you need journalism you can trust. For 14 free days, you can have access to a world of in-depth analyses, investigative journalism, top opinions and a range of features. Journalism strengthens democracy. Invest in the future today. Thereafter you will be billed R75 per month. You can cancel anytime and if you cancel within 14 days you won't be billed.
Subscribe to News24
Related Links
More than 52% of women in the workplace would rather ask their boss for a salary increase than...
Should you be worried if your period blood is black?
This sanitary pad could help you detect diabetes or vitamin deficiencies
Next on Life
Listen to your heart: Do you know how to check for a normal heartbeat? It could save your life