Since surviving cancer, woman vows to cover her body with tattoos to celebrate her individuality Tattoo artist Lisa Scheer (30) from Duisburg, Germany, was diagnosed with cancer at the age of 12, prompting her to explore her own style and personality.

Developing a punk aesthetic, Lisa got her first tattoo at the age of seventeen, eventually branching out into other body modifications.

“I started with tattoos when I was seventeen and was punk before that. That's when it all started, after my cancer at the age of twelve. I just love being individual and have always been different from everyone," says Lisa.

“As well as tattoos, I have stretched ears and lip piercings. Otherwise, I had my tongue split in September 2021.” 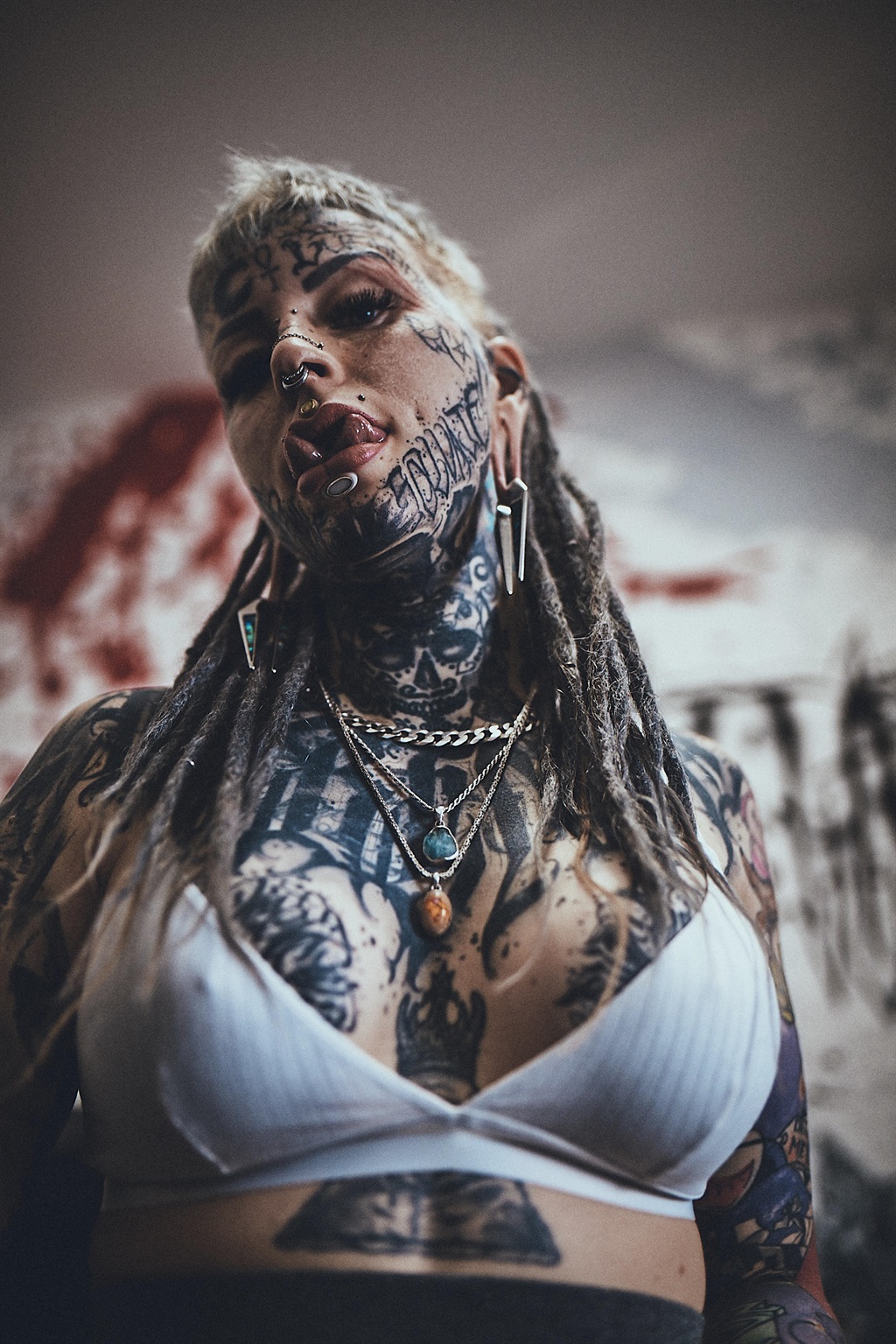 Lisa adds that most of the time, the reactions to her tattoos are positive, as they reflect her unique personality.

“It's not to everyone's taste. I'm actually used to being stared at. Of course, there are many who do not like this," she says.

“But most people think it's a great fit for me and my person. I just live this style.”

Lisa’s tattoos cover her face - including her neck, chest, arms, and legs. Her eventual goal is for her entire body to be covered in tattoos.

She confirms she will be continuing to tattoo the rest of her body.

“I have planned my whole body out, I want to be completely fully tattooed. But I won’t be doing any more body mods for the time being," says Lisa. “My advice would be to do what you want - it is your body - and think carefully about everything because tattoos will last forever. I don't really have a favourite tattoo - I love all of them because I do everything with meaning.

“The most painful was the tongue split and the neck tattoos. I have no idea what I spent!”

Do you have any tattoos or body modifications? Tell us about them here.