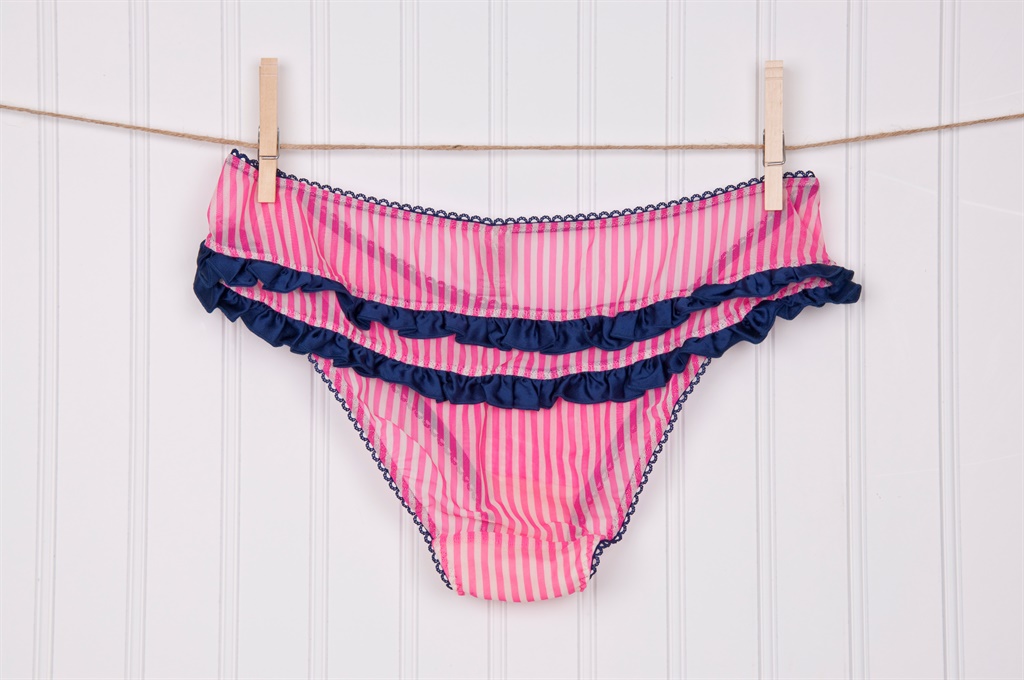 The men appear to be employees of an illegal sanitary pad operation that sells a counterfeit substandard version of Always Ultra feminine hygiene products.

Of course, this video shocked social media, and had several people questioning how long this has been going on.

In 2018, IOL reported that police discovered a fake sanitary towel operation in Durban, where they confiscated more than 500 boxes of counterfeit pads. This operation appears to be no different.

People have also highlighted how unsuspecting people will be victims of hygiene-related diseases because of these counterfeit sanitary towels.

To be honest I’m only thinking about how easy these people could plant diseases on all these counterfeit products they’re selling to our people. Why do we still have their shops kante? Aargh maan !!!!

Other buyers were stressing over the ability to differentiate between fakes and the original product.

However, those who have used the counterfeit were more than ready to dish out helpful information to help others identify knock-off pads.

They pointed out how the counterfeit flowery pack has only seven pads inside, while the original has eight. They say the fake pads are very thin and have wings that hardly stick to the underwear.

????I bought these about a week ago, in to the pakistan guy and i even told my sisters that they look strange inside because they are too tin and not look like always??

Others revealed that using fake pads feels a lot like using a bathroom tissue because they are uncomfortable and eventually shred and dissolve like a wet tissue would.

“Once bought Always pads from these guys, the blood couldn’t even stay on that thing, it was as if I was using a tissue,” tweeted one.

Another woman who developed a rash after using the counterfeit pads detailed her distressing experience on Facebook.

She said that after buying and opening the sanitary pads she realised that they were decorated differently but assumed it was Always’ new packing.

“Within hours of wearing the pad, I could feel it shredding…bit by bit…I ran to the bathroom to check what was happening, and nothing could have prepared me for what I saw.

I got there, took off my pants and there was no evidence of a pad anymore, it was like I’ve put on multiple torn toilet papers,” she wrote.

Another Twitter user who had bought the fake sanitary pads responded admitting that, she too, was once fell in the trap of this scam.

“I’m a victim of that, it does cause infections,” she revealed.

I’m a victim of that it does cause infections

Does cause infection all spazas need to be raided by authorities as this is scary ??????????

When Always was asked by a Twitter user where fraudsters get their packaging, they responded by asking for people with more information to reach out to their team.

“We know how important it is to have products you can trust, and we take this very seriously,” they tweeted.

In light of this, we reached out to the corporate affairs and citizenship leader for manufacture of Always Ultra Pads at Procter & Gamble Jeanne du Plessis, to gain some clarity on the matter.

Jeanne explained that the video "demonstrates the shut-down of a small counterfeit operation."

"We are putting checks in place with police across the supply chain to serve consumers in South Africa (sic)," she revealed.

Jeanne added that they "directly supply all major retailers in the country with [their] products, which is why South African women and girls can be assured of the authenticity of the products that they have trusted for many years."

The footage has sparked health concerns among South African people who menstruate. This is based on the fact that the manufacturers of Always Ultra pads are obligated to ensure that their products meet health requirements, whereas black market operations might be without sterile facilities.

We live in a world where facts and fiction get blurred
In times of uncertainty you need journalism you can trust. For 14 free days, you can have access to a world of in-depth analyses, investigative journalism, top opinions and a range of features. Journalism strengthens democracy. Invest in the future today. Thereafter you will be billed R75 per month. You can cancel anytime and if you cancel within 14 days you won't be billed.
Subscribe to News24
Related Links
People who bleed every month finally have zero-rated (and free) sanitary products, but this is...
Sanitary pad world record in India to promote menstrual hygiene
Free sanitary products for students - now a reality in Scotland
Next on Life
Listen to your heart: Do you know how to check for a normal heartbeat? It could save your life