Using hormonal contraceptives exposes women to a higher risk of depression, yet doctors never tell you this 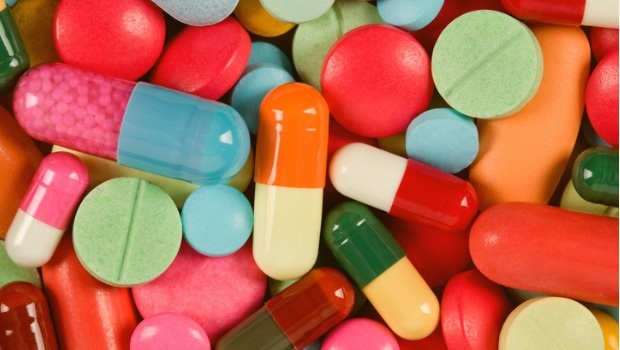 A combination of pills for depression and birth control

A new study from the University of Copenhagen confirms that hormonal contraceptives increase risk of depression by up to 80%. According to this study, women taking the combined oral contraceptive were "23% more likely to be diagnosed with depression and those using progestin-only pills (also known as “the mini-pill”) were 34% more likely."

The group of women exposed to the largest risk is teens, who face an 80% increased risk when they are on the combined pill (combination of estrogen and a progestin). The risk is doubled when on the progestin-only pill.

But oral contraceptives are hardly the most harmful kind. Their non-oral hormonal alternatives such as the IUD/coil, the patch as well as the ring all increase depression at a far more severe rate than the pill.

What medical practitioners have always been transparent about is the fact that individuals who already have depression may have their symptoms worsened by contraceptives.

But the information that is often omitted is the extent to which mental health can be negatively affected even on women who have not been previously diagnosed with depression.

The side effects that have been known for decades are the following (both good and bad):

Because a disproportionate amount of gynaecologists are men, any woman who experiences symptoms more threatening than the above has the adverse effects on their mental health caused by birth control often mansplained away.

Sometimes health practitioners have even gone as far as reducing teen depression brought on by the pill to "teen heartbreak".

When The Guardian released this study conducted by the University of Copenhagen, the writer recalled a doctor whose cavalier response to this study was that "an unwanted pregnancy far outweighs all the other side effects that could occur from a contraceptive".

READ MORE: This is what you had to say about not being taken seriously by doctors

This school of thought is dangerous, considering how much of a toll hormonal turbulence takes on individuals who menstruate. Even without the detrimental effects inflicted by hormonal contraceptives, some individuals experience PMS symptoms that are far beyond their control.

Health24 detailed the link between PMS, depression, and suicidal thoughts in an article that helped us better understand what PMDD (premenstrual dysphoric disorder) is.

In this report, it was highlighted that symptoms of PMDD are more severe than those of PMS - these include panic attacks, a lack of interest in daily activities, binge eating, feelings of hopelessness and possibly thoughts of suicide, anxiety, bloating, headaches, and a feeling of being out of control.

They further added this important caveat:

The jury is still out on whether women with already existing depression are more likely to experience the debilitating symptoms of PMDD. Whatever the conclusion, it is clear that women suffering from these severe symptoms need to seek medical help [therapy and anti-depressants] if serious depression and suicidal thoughts have become a part of their monthly menstrual cycle.

So in a bid to suppress all the unpleasantness that comes with the menstrual cycle, women explore contraceptive methods that can ultimately result in the opposite desired outcome. Sometimes even worse.

Of course, not everyone has experienced depression induced by hormonal birth control, but the high risk factors can no longer be ignored.

Have you had to discontinue your hormonal contraceptive of choice due to heightened risk of depression and mood swings? Tell us about it here.

We live in a world where facts and fiction get blurred
In times of uncertainty you need journalism you can trust. For 14 free days, you can have access to a world of in-depth analyses, investigative journalism, top opinions and a range of features. Journalism strengthens democracy. Invest in the future today. Thereafter you will be billed R75 per month. You can cancel anytime and if you cancel within 14 days you won't be billed.
Subscribe to News24
Related Links
"I've been teased for being too skinny, but the insults are the least of my problems when my...
Here's what you need to know about the best contraception for you
New study reveals stress is more likely to impact a woman's fertility rate than a man's - what we...
Next on Life
Listen to your heart: Do you know how to check for a normal heartbeat? It could save your life