What exactly is dry January? 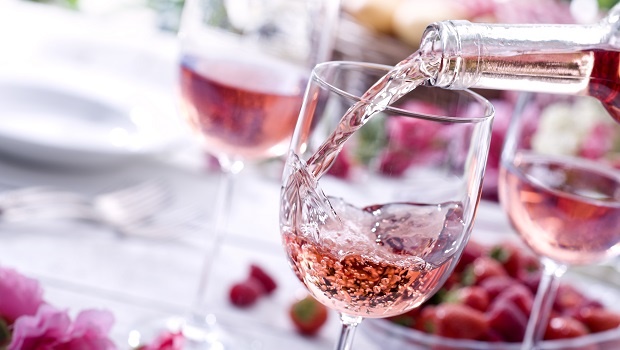 Rose wine being poured at a picnic setting.

The holidays are definitely the time for imbibing — sugar cookies, mystery punch, champagne — and honestly, you should go right ahead and do that if you want to.

But here’s the thing: Once January 1 rolls around, you might be starting to feel…a little off, and in search of something to reset your body for the new year. While, yes, New Year’s diet resolutions are totally an option, not everyone wants to revamp their entire eating plan. An easier solution? Dry January.

Hold on, Dry January? What the heck is that?

The concept actually originated in the U.K in 2013; a non-profit group called Alcohol Concern began it with the goal of raising money for alcohol abuse awareness and treatment.

The trend caught on, and now lots of people choose to partake in Dry January as a way to simply drink less or reset after a month or two of holiday partying.

READ MORE: “I gave up alcohol for a month – here’s what happened”

So…what exactly will I get from doing Dry January?

A lot of stuff, tbh (you know, in addition to saving money, because alcohol is expensive) — better quality of sleep and increased energy levels, for one.

“It may sound counter-intuitive, since most of us are likely to quickly pass out asleep after a night of drinking more than usual, but too much alcohol actually screws with your sleep status,” says Brigitte Zeitlin, registered dietician and owner of BZ Nutrition in New York City, adding that, after having a few drinks, your body doesn’t get a chance to reach the deep sleep (a.k.a. REM sleep) that you need to help your body de-stress, repair and replenish itself for the upcoming day.

When you ditch the alcohol, however, you won’t have those sleepy-yet-restless nights. “It’ll actually boost your sleep help and have you feeling more restful and energised come morning,” says Zeitlin.

You might also see an improvement in your skin. Alcohol is a diuretic, which means it can make you go to the bathroom more frequently — and ultimately leave you a bit dehydrated, says Zeitlin. And that dehydration can take a serious toll on your skin.

“By ditching the alcohol and upping your water intake, it’s really a win-win for your hydration status and will leave your skin feeling healthier and looking more radiant.”

The number on the scale may also go down, says Zeitlin — in fact, if you were to make zero other changes to your diet (except for cutting alcohol), you’d still probably lose weight.

“One alcoholic drink is typically 150 to 200 calories, which can really add up,” Zeitlin says. “Additionally, when we drink a lot we tend to eat more than we realise as well, so cutting back on the alcohol will likely help you to also cut down on some of the mindless overeating that usually happens after the third (or fourth or fifth) round of cocktails.”

READ MORE: This is exactly how drinking alcohol affects your workout

This sounds great…but how do I actually do Dry January?

First, determine and understand why you’re committing to Dry January.

“Knowing your motivation will keep you more mindful of triggers or moments of wanting to give in,” Zeitlin says. “Tapping into your personal reasons as to why you’re doing this will help you hit that 31-day marker.”

You can also make it a bit easier on your self by avoiding thinking about what you’re supposedly missing out on—and when you do go out, drinking other hydrating beverages like water (flat or sparkling), tea (hot or iced), or something like a matcha latte, Zeitlin says.

You can also swap the “drinks” dates with your friends for dates to take a walk, go to a workout class or just grab dinner, because honestly, you don’t need alcohol in every social situation.

READ MORE: Everything you need to know about alcohol and weight gain

Okay…but what happens when February hits?

“Ask yourself how you’re feeling without the booze. Did you have more energy, save more money, or lose the few kilos you wanted?” she says. “Then use this as a starting point to re-adjust your relationship to alcohol, if it’s needed.”

In some cases, those who voluntarily quit alcohol for a month, may end up drinking less even after the period ends — that’s what happened in a 2016 study published in the journal Health Psychology. After participating in Dry January, participants reported healthier drinking habits even after the month was over.

Still, if you don’t feel any changes, it’s fine to go back to how your relationship with alcohol was before the month started. Just keep in mind that it’s still a good idea to limit your booze to one or two drinks a night, says Zeitlin — or no more than seven drinks per week for a woman.

We live in a world where facts and fiction get blurred
In times of uncertainty you need journalism you can trust. For 14 free days, you can have access to a world of in-depth analyses, investigative journalism, top opinions and a range of features. Journalism strengthens democracy. Invest in the future today. Thereafter you will be billed R75 per month. You can cancel anytime and if you cancel within 14 days you won't be billed.
Subscribe to News24
Related Links
How do I get that red wine or tomato sauce stain off my new white blouse or leather shoes?
"I went from a major health scare to the healthiest I've ever been"
These are the 20 best fat-burning foods of all time
Next on Life
Which contraception is best for you? Your guide to birth control in South Africa