Rachel (left) was bed-bound for nearly a month due to her condition in 2020 and had to rely on Karen (28) - who she married in June this year - to bring her food and painkillers. Image courtesy mediadrumimages.com/ RachelChamp/ Magazine Features

A lesbian woman who has suffered period pains so severe she wished she would die was denied a hysterectomy by her doctor in case she decided to leave her wife for a man.

Sales agent Rachel Champ (27) from Longwood, Ireland, has suffered from excessive period pain since her first menstrual cycle when she was just ten years old. Her mother took her to the doctor due to the unusual levels of pain that Rachel was experiencing, but he told her that pain is normal, eventually prescribing Rachel painkillers and oral contraceptives at the age of 12.

Over the years, Rachel’s symptoms got worse, with debilitating cramps, migraines, nausea, severe lower back pain and leg pain, when she was ovulating as well as when she was menstruating. She was even bed-bound for nearly a month in 2020, spending three weeks from March to June unable to leave her bed, with now-wife Karen (28) - who she married in June this year - bringing her food and painkillers. READ MORE | Facial hair, weight around the waist, acne: How to deal with lesser-known effects of PCOS

It wasn’t until Rachel was 25 that a doctor doing her smear test told her what she’d always suspected - that her levels of pain were anything but normal. She was referred to a male gynaecologist, who dismissed her and said she just needed pain management. But after Rachel was admitted to A&E with pain so severe that she couldn’t stand and was vomiting, a CT scan showed that she had cysts on her ovaries and has polycystic ovaries. “I feel like I’m missing out on a lot in my life because of the pain that I am in,” says Rachel.

“The pain I experience impacts every aspect of my life. I miss work, college and social events. My life - including my wedding - is planned around when I have my period, because I know I won’t be able to leave my bed.” READ MORE | Did you know that you could say goodbye to heavy and painful period pains, without surgery?

Her gynaecologist continued to dismiss her, insisting that she did not need surgery for the cysts. Over the next three years, Rachel had multiple ultrasounds, MRIs and CT scans to monitor cysts, and confirm when they had ruptured, as well as a laparoscopy - ovarian drilling - and frequent blood checks.

On her most recent visit to the hospital, she requested a different doctor, with whom she discussed the possibility of decapeptyl injections, which would induce a temporary menopause. However, the doctor needed a superior to sign off on the injections - and it ended up being that same gynaecologist. “He sat down in front of me and my wife and told me that decapeptyl would not be an option for me as it isn’t a long term solution for me considering my age,” says Rachel.

Explaining what transpired next, Rachel shares, “I didn’t go into that appointment to request a hysterectomy. Considering I’ve tried the majority of the less invasive options, I simply asked whether a hysterectomy would be considered as an option if I tried his suggestions and they still didn’t have an effect on the pain.

“He first told me it wouldn’t be an option due to my age. He said I was too young to consider such a drastic decision. He said he had never performed a hysterectomy on someone my age and he didn’t plan to do so either. “He said that it would be a different conversation if I was 45, but as I’m so young and have 15+ years left of fertility, he wouldn’t consider it as an option.” READ MORE | Instagram sensation and MD, Dr Khanya shares how you can make it through 'that time of the month' as comfortably as possible

Rachel and Karen explained to the doctor that as they couldn’t naturally conceive, they would either opt for Karen to have fertility treatments or to adopt children. “I was very open with him and told him that the pain can be so severe and has such an impact on my life that there are times I wish I was not alive, rather than having to experience another minute of the pain,” says Rachel.

“Word for word he said ‘I don’t want you to have regrets if circumstances change for you, maybe you leave your partner, your sexual orientation changes, you meet someone and HE wants children.’” Rachel said that this was the moment she knew she could not discuss this any further with him. “We were both in shock, to be honest.”

The two left the appointment in tears at how they had been treated and how their relationship was considered. “We felt that once he brought up that my sexual orientation may change and I may meet a man who wants to have children, we knew there was no real discussion here," says Rachel.

"I felt powerless, dismissed and completely stripped of my autonomy to make decisions regarding my own body.” 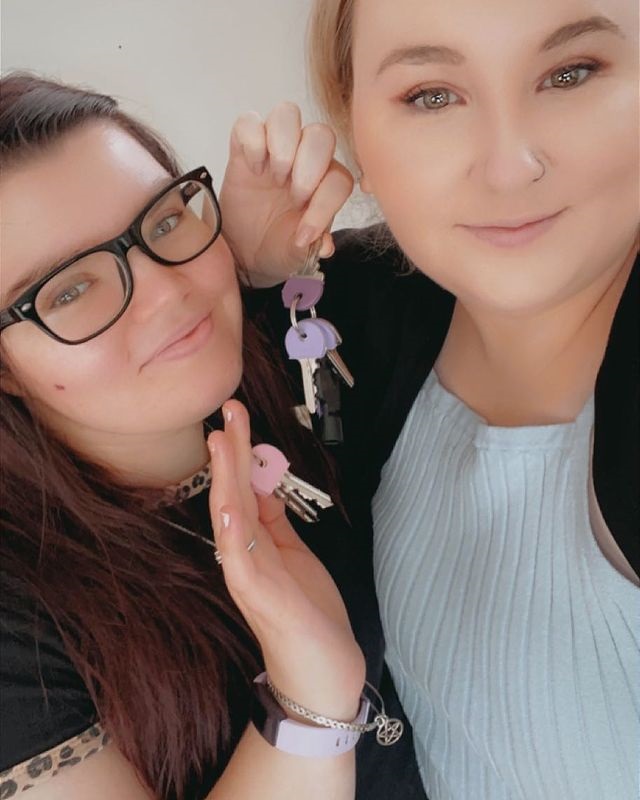 After the appointment, Rachel took to Twitter, posting about her experience - and was surprised to find that she was not alone. “It has been incredibly humbling to receive so much support and kind messages from so many people in so many areas of the world,” she said.

“What surprised me the most is the number of people responding with their own stories so similar to mine. I found it really emotional and hard to read some of the experiences other people have had.In a way it was nice to feel that I’m not alone in having experienced something like this, it’s also heartbreaking to think about the number of people who experience this every single day," Rachel says.

Rachel added that she hopes her story can help shine a light on some of the medical discrimination that still exists. “I hope that it means someone else won’t be treated the same way I was," she says.

"Specifically I hope it also highlights the extra barriers that the LGBTQ community face when trying to get medical treatment, and how doctors’ biases can lead to devastating consequences for us. “I’d like to think that some healthcare providers might read this and consider their own biases, and what they can do to make sure that their biases don’t impact negatively on their patient’s lives.”

Rachel has submitted a complaint about the doctor in question, and is now considering private healthcare in London.

Have your needs ever been dismissed by a medical practitioner? Tell us here.