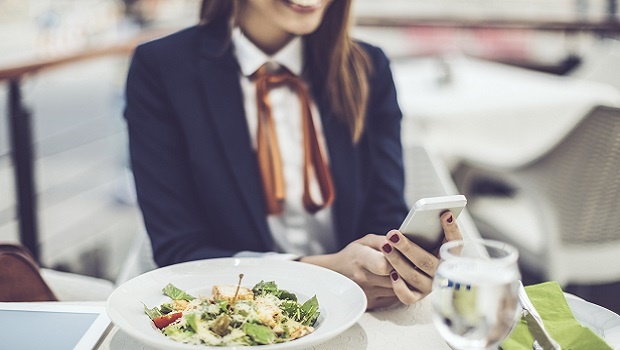 Sounds boring doesn’t it? But believe it or not, monotony can save you at times.

Three years ago I’d gained weight, was fed up with my job and was really keen to start afresh on all counts. I still remember starting my “wedding diet” just a week before my first day at W24. I was quite strict on myself at the time – but as luck would have it by around 10am on day 1 my colleagues offered me a Woolworths cheese puff.

Read: Everyone needs to shut up about Lena Dunham’s weight loss

Of course I accepted it out of fear that they'd immediately peg me as a fashion girl who doesn’t eat (even though I’m sure they could clearly see I enjoyed the odd doughnut).

Before going to a dietician and going on my “wedding diet”, I tried Banting for three months - where I actually managed to pick up weight (argh!). I found that when I cut out carbs completely I crave sugar like mad. Another option was giving up drinking, but saying goodbye to wine left me (disturbingly) saddened.

So I tried the burning-calories route.

I started working out like crazy (or at least that’s what I thought I was doing) – basically making the mistake of going from jogging once every fortnight  (no more than 2.5km at a time) to doing an at-home Shaun T exercise video every single day for 60 days in a row!

Not healthy, dudes. I was sore; a bit more toned afterwards, but lost no weight.

So I felt a bit moedeloos.

But after visiting the dietician I saw how “easy” it could actually be to tone down.

Snacking was never really my vice, I just ate big portions and was used to that size and that size only. I basically supersized my home-made meals.

And it came at a much higher prize than going to McD's.

I started eating bigger and bigger portions once I moved in with my guy a few years ago. This, I've been told by a lot of women, also happened to them when they suddenly started eating like a 1.9m tall, 95kg boy.

My dietician advised me to eat about a certain amount of carbs, fat and protein daily. I started eating two boiled eggs in the morning – at first without any mayo and later I ended up adding half a teaspoon. I would then have an apple or banana around 10h30am for a snack and lots of Americanos throughout.

Then for lunch I would always have a salad which consisted of leaves, cucumber, tuna (sometimes swapping this out for chickpeas) and tomatoes. The dressing consists of lemon juice, Dijon mustard, and salt.  So basically zero fat.

This I have since changed – adding more fat like avo and olive oil - especially as I am so active now.

And my dinner became about half the portion I used to eat.

And it’s not that I restrict myself from eating certain foods during the week, but because now I would much rather have the salad than something unhealthy.

And yes, I was very hungry at the beginning as my stomach had to get used to eating humanely portioned meals, but once I got there it sat well.

The lunch part, however, was the most crucial and consistent bit of my balanced "diet". It started as a diet to lose a bit of weight, but ended up being something I look forward to every day.

And it has strangely become my comfort food. I take comfort in this meal since it truly is responsible for balancing me out – this bowl of scrumptiousness is always the same, always good and refreshing  - and it gives me the peace of mind to have wine!

It’s strange to find comfort in a genre of food that most see as the opposite of self-indulgence. But it has set a guideline for me during the week that I quite like. Then when the weekend rolls around I feel happy and excited to try other more traditional ‘treats’.

And sporadic exercise does not work for me. It had to become my lifestyle – and it’s now at a point where not exercising makes me feel siff. And knowing what that siff feeling feels like has luckily now trumped the dreaded feeling I used to get before my fortnightly jog.

I have lost 7kgs since I started this diet, have gained lots of muscle and now feel completely balanced without ever feeling like I'm restricting or punishing myself.

We live in a world where facts and fiction get blurred
In times of uncertainty you need journalism you can trust. For 14 free days, you can have access to a world of in-depth analyses, investigative journalism, top opinions and a range of features. Journalism strengthens democracy. Invest in the future today. Thereafter you will be billed R75 per month. You can cancel anytime and if you cancel within 14 days you won't be billed.
Subscribe to News24
Related Links
Want to detox for a bright new you? Don't waste your time
4 reasons why you're (still) not losing weight
3 healthy habits that have potentially disastrous side effects (and how to circumvent them)
Next on Life
Eggs and amasi okay for a healthy heart? Simple guidelines for preventing and managing heart disease