This natural antidepressant could make you feel way less anxious 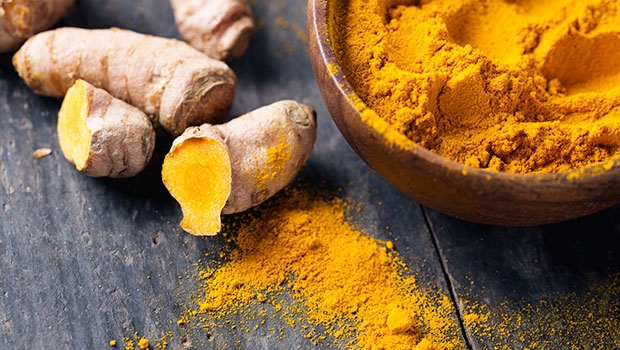 You’ve heard it’s good for you – and it tastes flippin’ insane in bobotie – but get this: studies now show that curcumin, an extract of the spice turmeric, may help counter major depressive disorder (MDD) and anxiety.

We got the low-down from nutritional expert Vanessa Ascencao…

READ MORE: Could acne really be treated with this kitchen essential?

“Depression is treatable with various modalities, including lifestyle interventions and a host of natural support such as curcumin, the active ingredient in turmeric, renowned for its anti-inflammatory and neuroprotective properties – which may support healthy mood and help counter depression,” says Ascencao.

“Research shows that curcumin may be a powerful weapon to help counter depression and anxiety and that it may have long-term effects on cognitive function by protecting against brain inflammation.”

According to Ascencao, turmeric has been used for centuries as an Ayurvedic and traditional Chinese medicine treatment.

“Turmeric root is often ground into a powder and consumed as a spice,” she says.

It’s never a bad idea to sprinkle your food with this miracle spice.

“Recently, curcumin has been shown to be a powerful antidepressant and used to protect the brain.

"Generally, curcumin works by counteracting the harmful chronic inflammation promoted by many aspects of modern life.”

READ MORE: Everything We Know About Fear And Anxiety Might Be Wrong

Studies have confirmed the positive effects of BCM-95, a curcumin formulation, in treating MDD and have found that curcumin’s effectiveness is similar to that of a standard anti-depressant medication, without the side effects and with added health benefits, adds Ascencao.

It’s never a bad idea to sprinkle your food with this miracle spice. You can also chat to your doc about food supplements, which are available – but note that studies are ongoing, so don’t go ditching your prescribed meds if you do suffer from anxiety or depression.
This article was originally published on Women's Health South Africa.

WATCH: 7 ways to use turmeric

We live in a world where facts and fiction get blurred
In times of uncertainty you need journalism you can trust. For 14 free days, you can have access to a world of in-depth analyses, investigative journalism, top opinions and a range of features. Journalism strengthens democracy. Invest in the future today. Thereafter you will be billed R75 per month. You can cancel anytime and if you cancel within 14 days you won't be billed.
Subscribe to News24
Related Links
Listeriosis aside, what is polony actually made of?
This new research suggests that diabetes is actually 5 separate diseases
I tried 6 techniques to help ease my anxiety before bedtime
Next on Life
Eggs and amasi okay for a healthy heart? Simple guidelines for preventing and managing heart disease