34 years after I was gang raped and got HIV, I'm healthy and happy. It's not easy, but it's possible 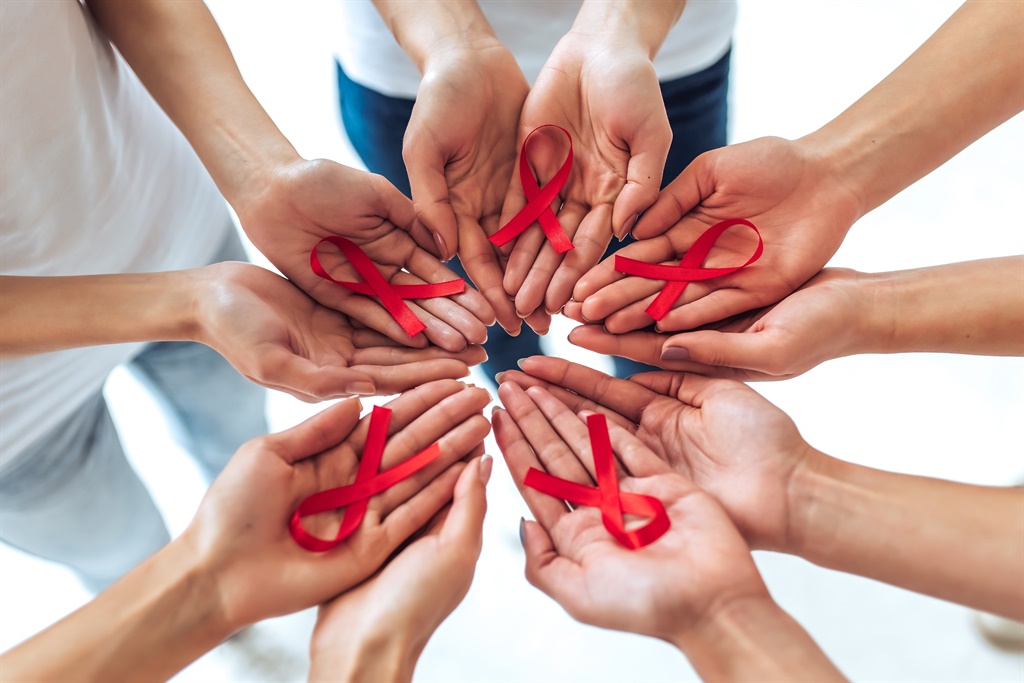 Mimi recalls how a day that was supposed to be spent with her friend during the December holidays of 1986 turned out to be one of the worst days of her life.

"We were approached by six guys. I was planning on ignoring them but then I heard a gunshot and immediately stopped, fearing that I might get shot,'' Mimi says.

"I thought of finding a way to escape this ordeal but I couldn't as somehow all the gates of the houses that we were passing were all closed [as they took us away] so my plan of running away wasn't going to work. I also thought they would probably shot me if I tried to run because everyone seemed scared of the ring leader."

The women taken to a tavern in Zondi, Soweto, where the rape happened outside the yard.

READ MORE: Rosalía is the latest M.A.Ctivist in support of HIV/AIDS, introducing a shade of red M.A.C lipstick

The next thing Mimi knew is that she was home but she didn't recall how she got there because she was intoxicated from a drink that was laced with drugs that had been given to her by the rapists. Mimi Tshandu contracted HIV after she was gang raped when she was a school girl. Photos supplied by Mimi Tshandu

"Everyone at home was stunned to see my condition. My dad then suggested that they take me to the police station to open a case. When we got there, I related my story but not properly because I was weak, drunk and high off whatever drug was put in that drink. A bunch of police officers said I was lying because I know the guys who raped me, one was probably even my boyfriend, and I deserved it. But to our luck, there was one police officer who wanted to help us and suggested that I go back home to rest, but my family must make sure I shouldn't bath or do anything to the clothes I was wearing."

READ MORE: Consider cost, reversibility and convenience when choosing a contraceptive – here are your options

On the day after the incident, Mimi was accompanied by the police to identify the the men and three were arrested while the ring leader, who was the most wanted because of past cases of rape, escaped.

"The aftermath of this affected me so much because I could no longer live the life I used to live. The friends of these guys would come to my school and wait for me outside. My then-boyfriend had to fetch me every day after school to accompany me back home. I also had to change schools at least three times and even had to move to my aunt's house," says Mimi.

On top of everything that Mimi had to deal with regarding the rape ordeal, she found out she was HIV positive and pregnant with twins. "I wanted to give up, but I told myself I have to live for my twins because they need me,'' she says, admitting that she was young and being told she's not just pregnant but also HIV positive seemed impossible to overcome.

READ MORE: “My HIV diagnosis forced me to face my destructive habits”

Mimi started seeing a psychiatrist and learnt how to talk more about her experience, which helped her to deal with it.

"I also feel that the most important thing about finding out my status is that I didn't go into denial. If I did, I would've probably passed away like my late sister. Accepting your status helps you to gain the strength to fight this and want to live longer," she says, adding that she took the necessary steps in ensuring that her two oldest children are safe and not infected.

"I want people to stop thinking that having HIV is the end of the world because it's not. I'm living proof that you can live longer and you can look healthy. Most people don't believe me when I tell them I'm HIV positive because of how fresh and healthy I look," she laughs.

"I'm very open about my experience, as I want people to see that you are not your past. You can be a survivor if you want to live another day and change your narrative. It's not easy, but you can do it."

We live in a world where facts and fiction get blurred
In times of uncertainty you need journalism you can trust. For 14 free days, you can have access to a world of in-depth analyses, investigative journalism, top opinions and a range of features. Journalism strengthens democracy. Invest in the future today. Thereafter you will be billed R75 per month. You can cancel anytime and if you cancel within 14 days you won't be billed.
Subscribe to News24
Related Links
Naomi opens up about how she has been affected by HIV/Aids
Telling our own stories: Black women from SA using radio & photography
My life with HIV
Next on Life
A little stress now and then is actually good for your brain, say scientists