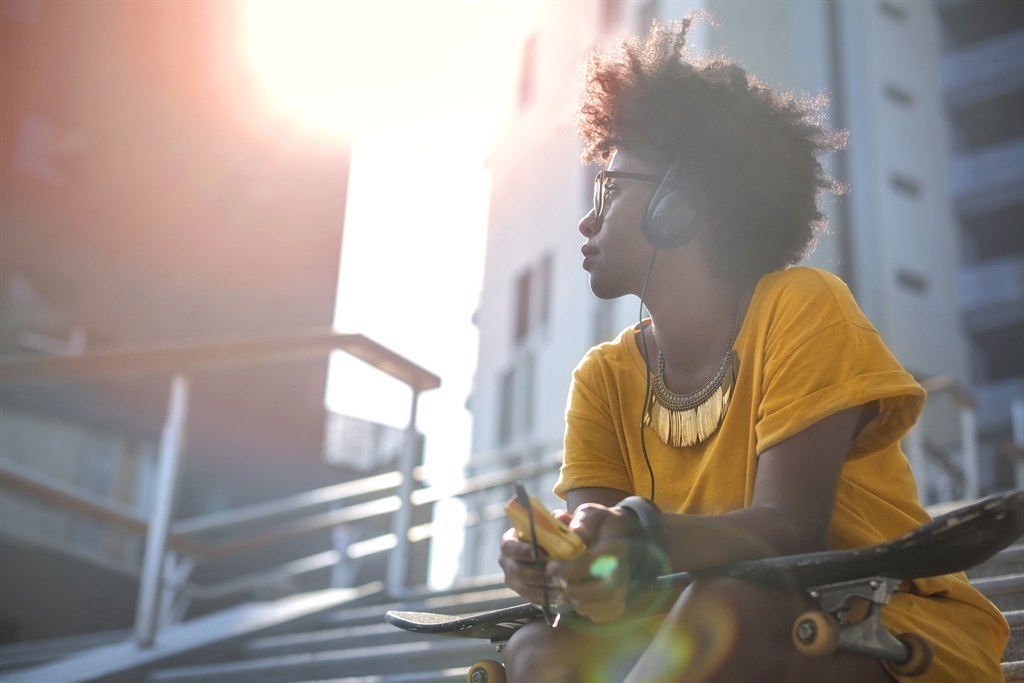 “I do wish I came out when I was much younger. That I had lived my life as a woman from a younger age,” says Carrie, a currently unemployed IT specialist.

“As a cis white male, I was ignorant and oblivious to the privilege that I’ve had and in my transition, I think a lot of my ignorance to that has started falling away. I now deal with misogyny. I deal with trans misogyny.”

Carrie recognises the fact that transwomen of colour are killed at disproportionate rates, such as activist Nare Mphela who was killed in January.

“In general life, it’s almost as if the world at large has the opportunity to revoke your gender at a moment’s notice by the words they choose to use when they address you,” says Carrie.

“That’s been a very big part of my conscious experience being trans. You feel so cancelled when somebody… especially when they do it maliciously.”

Even going to the pharmacy to test her hormone levels has been a traumatic experience. Carrie goes to a local pharmacy chain to get her blood tests done. “They can see on the form it’s estrogen and testosterone. They can see I rock up dressed as a woman. They should know better," Carrie says.

“They refer to me as ‘the gentleman’ and ‘can you just help him?’ It’s such an uncomfortable experience. I’m there for my trans healthcare. I don’t even correct them. I’m like, ‘let me just try and push through this and get it over and done with.”

Carrie is also often deadnamed (when someone refers to a trans person by the name they were formerly known) by those in power positions. “I haven’t had the opportunity to have my name changed formally. So, whenever I need to identify myself for banking, etc. I might be in situations where somebody initially genders me correctly, but then I hand over my ID…”

“People gender me more correctly when they can see I’m growing breasts,” she says.

Carrie is also very aware of where she can be “out” and where not. “I’ll stand out in queer spaces,” she says. “Because there I feel safe, but in my day to day activities, I’m a lot more subdued in the way that I dress and do my makeup.”

“As a man, I had the freedom to go pretty much where I wanted, but now I’m very conscious about where I go and how I dress,” she says.

Carrie hopes that her medical transition will make things easier for her: “But there are no guarantees that everything will change,” she says.

“Facial feminisation is seen as plastic surgery, but for a lot of [trans people], those are the things we need to get by. It’s more than just cosmetic surgery.”

Carrie also talks about how ‘passing’ is a problem in the trans community itself and how some trans people can do so easier than others. “I think it’s counterproductive to obsess overpassing, but unfortunately, we’re in a society where you’re more likely to be treated as your gender that you identify with if you can prevent that.”

“I think being able to control how you look to the world is adjacent to privilege if not privilege itself,” says Carrie.

A large part of the struggle in the transgender journey is with body dysmorphia.

The major difference between past life and now:I think a lot of it comes down to access to opportunity. I’ve been looking for work, but it’s also not that different from when I was unemployed before, but COVID hasn’t made it easier as well. I definitely feel that there’s an opportunity for me to deal with hiring managers at companies that might have most progressive LGBTQ friendly policies. However, if that person still has their own biases, it could be a hurdle for me to gain employment.

It’s a lot easier to change your style or your hair. It’s not the same when you have body dysmorphia and are desperately unhappy with the way you look.

I’m still trying to figure out where my dysphoria ends and where does my dissatisfaction with not meeting specific conventional standards of beauty start.

As a man, I could get away with stubble for a few days and still wear a suit and tie and go to work. Whereas now, facial hair doesn’t change as radically on HRT either, so I have to shave pretty much whenever I leave the house. Laser hair removal, for me, is something that will definitely help address my dysphoria and isn’t superficial for me.

I know many trans people for whom it’s been lifesaving to get certain feminisation surgeries.

A former colleague of Leah’s was guilty of casual racism, extreme homophobia, and transphobia. Leah would often challenge his viewpoints on the first two but never spoke about his transphobia as she didn’t want to out herself

. However, once she did come out, this former colleague messaged her to say thank you for changing his mind about certain things.

“While I’m happy that he no longer thinks that way, I’m also a bit sad that it had to take me coming out, as a person in his vicinity, for him to realise that trans people are normal people.”

Do you have a story you want to share with us? Send us an email here.