My partner or my degree: a choice that exposes how students battle gender inequity 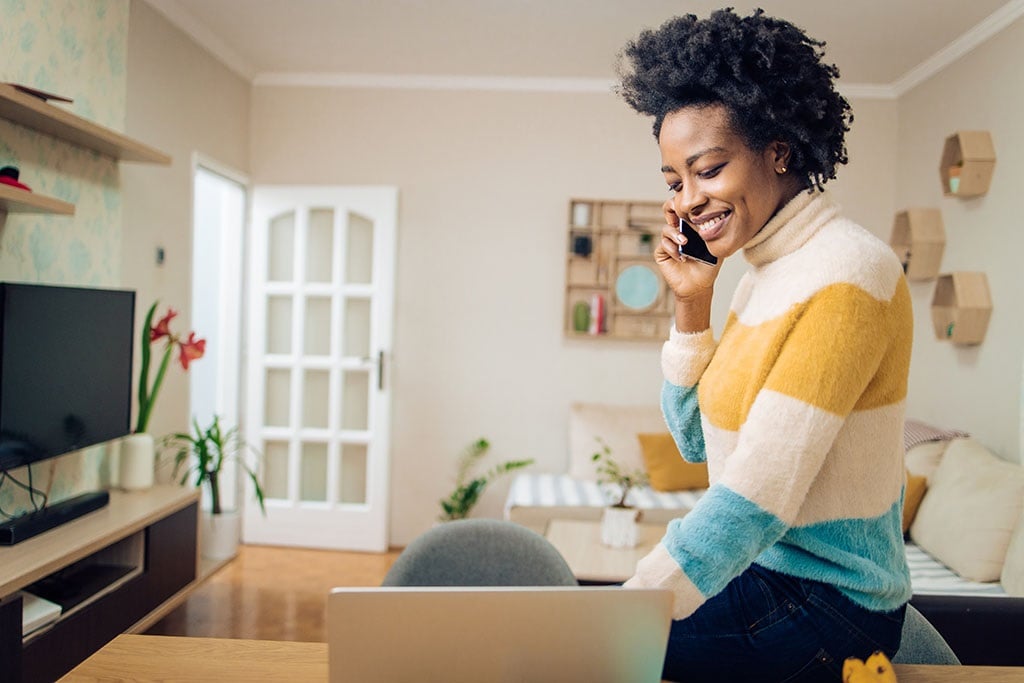 Portrait of a beautiful African-American woman working from home and talking on mobile phone.

The current focus on gender equity has meant universities are promoting and investing in strategies to overcome gender-related factors known to hinder women academics’ success. While these are positive steps, female university students burdened by gender inequities have been largely overlooked. Our research explored the impacts of traditional societal expectations of women’s domestic roles on mature-age nursing students. More than one in four separated from their partners, with most indicating they did this so they could complete their studies.

All our research participants were living with a male partner. In these relationships, traditional gender responsibilities associated with “being female” can threaten their ability to engage and achieve at university. At the same time, the stability of their family unit is undermined.

Women students are in the majority in Australian higher education. In undergraduate nursing they account for 90 percent of enrolments.

Nursing degrees are steadily losing favour with school leavers but are increasingly attractive to older women. Many of them are considering a career for the first time after having children. The rise in the average age of nursing students means more are living with a partner than ever before.

For our research, we conducted 52 in-depth interviews with 29 participants across the degree journey at an Australian university nursing school. Analysis of their responses identified the influences on their studies off traditional societal expectations of women’s roles and responsibilities.

Every participant took main or sole responsibility for childcare and housework before they began their degree. This reflects commonly reported divisions of domestic work in Australian households.

The unequal division of duties continued during their time at university – the woman’s study commitment or the time each partner spent in paid work made no difference. Partners remained unwilling to share the domestic load.

“No he never compromised. To him all he really had as a responsibility was his work.”
Lauren*, 32

University practices add to the problem

Aspects of the degree curriculum and its delivery made the women’s situation worse. Most notable was the university’s practice of allocating clinical placements without consulting students. Some placements were far from home.

“Practical placements are horrendous when you’ve got a young family and you don’t get your shift roster until a week and a half before you go. I mean some hospitals, you get it on the day you turn up there.”
Candice*, 40

Much-needed student academic and digital support workshops tended to be planned outside the curriculum. This made sessions, especially those held in the early evening, less accessible to these time-poor students. The almost ubiquitous initial lack of digital literacy among the women in this study meant online workshops were similarly inaccessible.

The stress of the competing demands of the women’s studies and their private lives coupled with the lack of domestic support from partners created tension in their relationships.

Partners resented the time the women took away from the family to study. They often withdrew emotional support over time. Some women described partners as “obstructive” to their academic progress. Most described periods of relationship conflict.

“It was anger and verbal abuse … He would just put me down as far as my study goes … in a way of demeaning the study, like it doesn’t really matter about my nursing degree at the end of the day.”
Jennifer*, 46

The women described how they made compromises to remain at university and appease their partners. Some sacrificed sleep and socialising with friends and family. Most consciously lowered their personal achievement expectations.

“I had to base my course around my family. I think if I did have more time, more freedom to choose […] [it] would definitely have increased my grades.”
Georgia*, 23

More than a quarter of the women separated from their partners later in their studies. Most of them indicated this had been a conscious decision to enable them to complete their degree.

“I realised something needs to give and it’s not going to be my degree. It just wasn’t going to work so I gave him the flick.”
Charlotte*, 30

Implications for nursing and an ageing society

The heterosexual intimate relationship can act as a direct challenge to women nurse students’ progression and achievement. With women studying nursing later in life, this has serious implications for nurse education and the supply of fully prepared graduates to the workforce.

The rise in the nursing needs of Australia’s ageing population compounds the problem of a projected shortage of nurses. These trends heighten the significance of nursing students’ situation.

More widely, the implications of relationship breakdowns on the mental and financial health of those affected should not be forgotten.

What can universities do?

The idea of the nurse student as a single autonomous agent who can prioritise the university over “traditionally female” domestic roles at home is at odds with reality. Universities need to acknowledge the substantial impacts of gendered expectations and responsibilities on women students.

Universities are notoriously reluctant to pry into students’ private lives. They see this as outside their remit. In reality, universities can improve engagement opportunities for their women nurse students in many ways.

Some universities are beginning to offer workshops that prepare students for the digital requirements of study at the start of the degree. They are also embedding academic literacy support across the curriculum.

There is still more they can do. Simple strategies include involving students in clinical placements to ensure these are accessible, providing placement information in good time, and providing accessible childcare that meets the ad hoc and changing needs of students. Training of university counsellors could also be expanded to support students in relationship crisis.

* Pseudonyms have been used to protect study participants’ privacy.