Skinny shaming: 'I have to carry photos of my family to prove my body size is genetic' 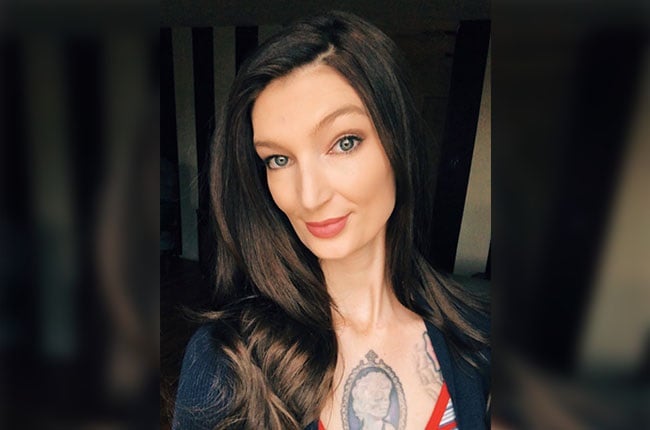 Nora Mills shares her experience of being skinny shamed and how she deals with unwanted comments. Photo supplied

As a naturally tall and skinny woman, I have encountered skinny-shaming my whole life, especially since I live in a state where few people have my body type. I can see a difference between fatphobia, fat-shaming and skinny-shaming. I try not to take things personally because I know my experience is not the norm.

However, if you look up any skinny shaming tag or talk to girls and women (and even men) who have been skinny shamed, one might learn that it's a cruel and vicious world.

Our plight doesn't come from merely wanting to go up in dress size; usually, it stems from not wanting to be harassed 24/7 by strangers and having to defend our weight and waistlines to employers, doctors, teachers, and strangers. Our society has equated skinny to eating disorders which is not only wrong, but it is incredibly harmful to those that have eating disorders because the signs go unnoticed simply because they don't physically "fit the profile."

Skinny-shaming ranges from mild comments like "you need to put some meat on your bones" to incredibly damaging, like "you're gross, you should go kill yourself so we don't have to look at you anymore." As a teenager, I had strangers yell "eat a hamburger" at me every other day.

I'm an adult now, and so those comments no longer affect me, but children and teens don't have life experience on their side, and they have a neurobiological drive to "fit in" because that's how humans survive. As a teenager, continually encountering messages that I was "less than" and "grotesque" over something I had no control over led me down a path of depression and suicidal thoughts.

READ MORE | Dua Lipa on pretty privilege: 'I’ve never seen being pretty or beautiful as some kind of power'

The origins of skinny-shaming are not the same as the origins of fat-shaming. But they are both fueled by the misogynistic views about men and what they view as "attractive." We see how that has a devastating effect on women and how they view their bodies with the rise of plastic surgeries, explicitly targeting the breasts and butt. It's hard for me to wrap my head around skinny-privilege when it comes to how I'm treated. I understand that I do benefit from things being designed for smaller frames. But I am not treated well by American society because of my body.

I have to carry around photos of myself as a kid, and photos of my parents, to continually prove it's my genetics. I have to order most of my jeans online because I am much taller than most women and thin. Most stores do not sell bras below a B cup because our society assumes all women have breasts, I guess.

And as a chronically ill person, I get the same mediocre care as overweight women because the focus is on my weight. And how all my problems would "go away" if I gained weight. Even though my issues are neurological, genetic and incurable.

So, for me, it's not about going up a couple of dress sizes. It's about the future generations of girls and boys being treated better by their peers, not getting bullied by other kids or adults because of their weight, and not being devalued by society.

If we genuinely want to move in a direction where all body-shaming decreases considerably, we have to make sure the future generations don't grow up hating their bodies and essentially themselves. It pains me to think about that, as body dysmorphia is genuinely a very severe mental illness and has claimed many lives.

I think there also needs to be more awareness of how people with mental illness are viewed and treated.

We live in a world where facts and fiction get blurred
In times of uncertainty you need journalism you can trust. For 14 free days, you can have access to a world of in-depth analyses, investigative journalism, top opinions and a range of features. Journalism strengthens democracy. Invest in the future today. Thereafter you will be billed R75 per month. You can cancel anytime and if you cancel within 14 days you won't be billed.
Subscribe to News24
Related Links
Dua Lipa on pretty privilege: 'I’ve never seen being pretty or beautiful as some kind of power'
Revisiting the colourism and pretty privilege conversation amid Pearl Thusi Twitter bedlam... again
The truth about thin privilege and the controversy around skinny shaming
Next on Life
A little stress now and then is actually good for your brain, say scientists