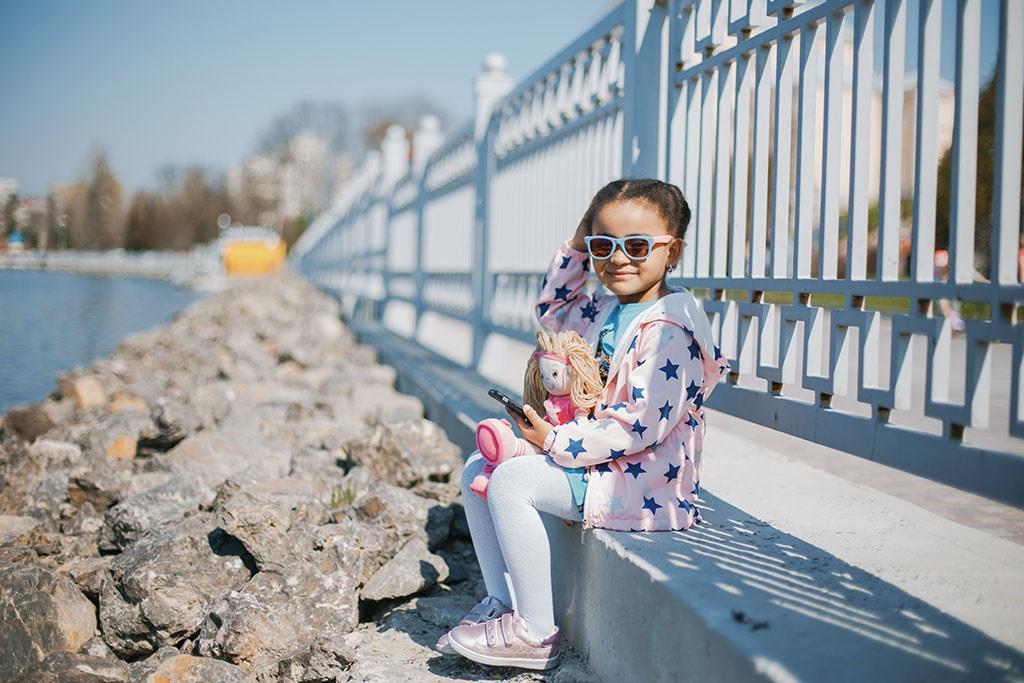 Back in the 1940s, Kenneth and Mamie Clark – a husband-and-wife team of psychology researchers – used dolls to investigate how young Black children viewed their racial identities.

The Clarks concluded that Black children – as a result of living in a racist society – had come to see themselves in a negative light.

I first heard about the Clarks’ doll experiment with preschool children during a Black studies class in college in the early 2000s. But it wasn’t until one of my daughters came home from preschool one day in 2017 talking about how she didn’t like being Black that I decided to create the doll test anew.

When my daughter attended a diverse preschool, there weren’t any issues. But when she switched over to a virtually all-white preschool, my daughter started saying she didn’t like her dark skin. I tried to assuage her negative feelings about the skin she was in. I told her, “I like it.” She just quipped, “You can have it.” But it wasn’t just her skin color she had a problem with. She told me she also wanted blue eyes “like the other kids” at her school.

Perturbed, I spoke with others about the episode. I began to suspect that if my daughter had identity issues despite being raised by a culturally aware Black mom like me – an educator at that – then countless other Black children throughout America were probably experiencing some sort of internalised self-hatred as well.

In search of the cause

The Clarks’ research was used in the 1954 landmark Brown v. Board of Education case to advance the cause of integrated schools. Their findings about Black children’s negative view of themselves were attributed to the effects of segregation. But I knew from experience that the preference for whiteness that the Clarks found was not limited to just Black kids in segregated schools in the 20th century. It was affecting Black kids in integrated schools in the 21st century as well.

Maybe, I thought, the racial bias wasn’t related to schools as much as it was to the broader society in which we live. Maybe it was much more nuanced than whether Black kids attended an all-Black school or went to school alongside other kids.

But to verify that Black kids were still viewing their Blackness in a negative light the way the Clarks found that they were back in the 1940s, I would have to do so as a researcher. So I set out to get my doctorate in early childhood education and began to look deeper into how children develop racial identities.

In their doll test studies, the Clarks prompted young children to respond to questions of character. They would ask questions like, which doll – the Black one or the white one – was the nice doll? This required the children to select a doll to answer the question. This experiment – and prior research by the Clarks – showed that young children notice race and that they have racial preferences.

While these studies let us know that – contrary to what some people may think – children do, in fact, see color, the tests were far from perfect. Although I respect the Clarks for what they contributed to society’s understanding of how Black children see race, I believe their doll tests were really kind of unnatural – and, I would even argue, quite stressful. What if, for instance, the children were not forced to choose between one doll or the other, but could choose dolls on their own without any adults prodding them? And what if there were more races and ethnicities available from which to choose?

With these questions in mind, I placed four racially diverse dolls (white, Latina, Black with lighter skin, and Black with medium skin) in a diverse preschool classroom and observed Black preschool girls as they played for one semester. My work was published in Early Childhood Education, a peer-reviewed journal.

I felt choosing to watch the children play – rather than sitting them down to be interviewed – would allow me to examine their preferences more deeply. I wanted to get at how they actually behaved with the dolls – not just what they said about the dolls.

Without asking specific questions as the Clarks did, I still found a great deal of bias in how the girls treated the dolls. The girls rarely chose the Black dolls during play. On the rare occasions that the girls chose the Black dolls, they mistreated them. One time a Black girl put the doll in a pot and pretended to cook the doll. That’s not something the girls did with the dolls that weren’t Black.

When it came time to do either of the Black dolls’ hair, the girls would pretend to be hairstylists and say, “I can’t do that doll’s hair. It’s too big,” or, “It’s too curly.” But they did the hair for the dolls of other ethnicities. While they preferred to style the Latina doll’s straight hair, they were also happy to style the slightly crimped hair of the white doll as well.

The children were more likely to step over or even step on the Black dolls to get to other toys. But that didn’t happen with the other dolls.

Back in the 1950s, the NAACP, the nation’s oldest civil rights organization, used the Clarks’ doll test research as evidence for the need to desegregate schools. Yet in my own doll test study, more than half a century later in an integrated setting, I found the same anti-Black bias was still there.

Children are constantly developing their ideas about race, and schools serve as just one context for racial learning. I believe adults who care about the way Black children see themselves should create more empowering learning environments for Black children.

Whether it be in the aisles of the beauty section of a grocery store, the main characters selected for a children’s movie or the conversations parents have at the dinner table, Black children need spaces that tell them they are perfect just the way they are.

We live in a world where facts and fiction get blurred
In times of uncertainty you need journalism you can trust. For 14 free days, you can have access to a world of in-depth analyses, investigative journalism, top opinions and a range of features. Journalism strengthens democracy. Invest in the future today. Thereafter you will be billed R75 per month. You can cancel anytime and if you cancel within 14 days you won't be billed.
Subscribe to News24
Related Links
Teenager spends 4 hours a day applying makeup to look like a human Ken doll
Fastest woman athlete in British history, Dina Asher-Smith, honoured with her own Barbie doll
Here's the cute new black doll with vitiligo being launched in South Africa
Next on Life
A little stress now and then is actually good for your brain, say scientists