Early in the Covid-19 pandemic, Dr Angela Hartwig was the only doctor at Adelaide Provincial Hospital, which offers 60 beds to a catchment area of 13 000 people in the sheep farming town of Adelaide in the rural Eastern Cape. When Hartwig started at the hospital in March 2020, she was seven months pregnant with her third child.

Pregnancy notwithstanding, she continued treating patients – even after testing positive for the virus in May 2020 and being admitted to a Covid ward herself – up until two weeks before giving birth.

“We moved to Adelaide two weeks before lockdown,” says Hartwig. “It was a very, very stressful time for our hospital and for me personally. We were swamped with Covid cases. We had a staff outbreak of Covid too, so there was a shortage of nurses. We had several nurses die from Covid. I think we lost six nurses. It was a devastating time.

"They were constantly phoning to get people from other shifts to come cover and we were continuously arranging to have enough oxygen at the hospital. There were people driving every second day to fetch oxygen cylinders in Queenstown, so we wouldn’t run out. It’s about a six-hour round-trip. So, just trying to stay on top of all of that, there was a lot going on.”

READ MORE | Women in Health: From test tubes to impacting lives – Dr Thesla Palanee-Phillips on making a difference with science

In February 2020, SABC News reported strikes at Adelaide Hospital, as staff downed tools in support of then-hospital CEO Dr. Mandla Makhangala. At the time, Makhangala was being investigated for misconduct.

“There was no strike action when I arrived,” says Hartwig. “Dr Makangala was being investigated, but the week before I arrived he was seconded to Fort Beaufort Hospital to work under supervision, pending the investigation.”

Meet South African Rural Doctor of the year for 2020, Dr Angela Hartwig from Adelaide Hospital (EC). Dr Hartwig was also honored as MG 2020 top 200 young South Africans. When she moved to the hospital, she was the only doctor. Later, the hospital was the Hotspot for Covid-19. pic.twitter.com/HzPCkpSd1n

The 37-year-old doctor is speaking to Spotlight from her home in Adelaide, which she shares with her husband, who works in the NGO sector, and their three children aged seven, four, and two years old. As our interview begins, a beaming toddler’s face pops onto the Zoom screen.

Indeed, Hartwig continued working during her maternity leave in hard lockdown, visiting the hospital on most days, sending voice notes to staff, and attending Zoom meetings often with her newly-born son in her arms.

Hartwig says that for the first month of the pandemic she was the only doctor on duty at the hospital; after that, a second doctor joined, and later in 2020, a third as well.

It took Spotlight over a year to secure this interview with Hartwig, who has virtually no internet presence. She does not even have a LinkedIn profile. This may attest to her character: an individual too immersed in daily life to court attention online.

A message from The Rural Doctors Association of Southern Africa (RuDASA) for the RRH website launch https://t.co/ooQDdgC0Qe
See everything that happened at the launch at https://t.co/tolyDTYp9d pic.twitter.com/zyjm7UBgp4

At the time Hartwig told the Mail and Guardian: “Don’t let yourself become frustrated by things out of your control, but work to make a difference in the areas you can control.”

Speaking to Hartwig, a recurring theme is “making a difference”.

“I’ve been exposed to rural health for many years, since I was a student I was interested in it,” she says. “And so I’ve watched a lot of other people go through challenges at rural hospitals. There are things you really don’t have control over, and you’ve just got to do the best you can with the resources that you have, whatever those resources might be.

“[W]e are there for the patients, people who would otherwise have nowhere to go. And if we can offer them a decent service, then we accomplished what we set out to do.”

READ MORE | Women in Health: How Daphney Conco dreamed of wearing a graduation gown and did it

Asked to recall a moment when she knew she was making a difference, Hartwig recounts the time she helped deliver triplets at Adelaide Hospital.

“I was at the hospital when suddenly there was a call to please come to maternity for an emergency,” she says. “There had been a lady who was pregnant with triplets, and she was already in labour, and we didn’t have time to transfer her to a referral hospital.

"And so between the midwives and me, we delivered those triplets. And later we managed to send them to a referral hospital – Frere Hospital [in East London]. And they survived, and last month the triplets turned two years old. It was great teamwork. This is not very common at all. It was the first time triplets have ever been born at our hospital and it was in the middle of Covid.” 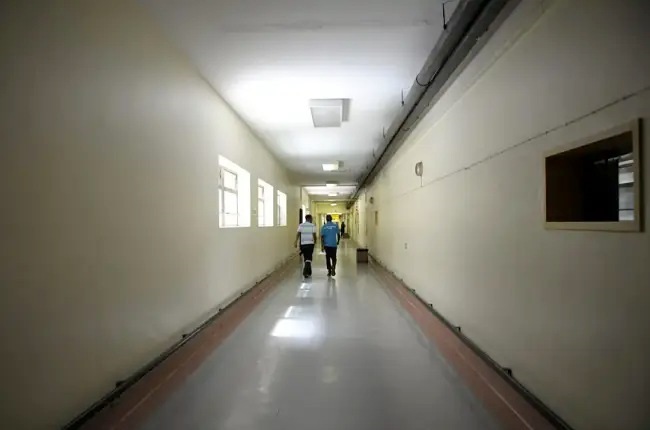 Rural hospitals in the Eastern Cape, including Adelaide Hospital struggled with limited resources during the lockdown.
Joyrene Kramer

Thrown in the deep end

Homeschooled in Westville near Durban, Hartwig studied medicine at the University of Pretoria. Here she first met representatives of RuDASA. She completed her community service at Church of Scotland Hospital in Tugela Ferry in KwaZulu-Natal in 2012 where she worked in the paediatric ward. Even though the world’s largest outbreak of extensively drug-resistant tuberculosis was recorded in Tugela Ferry just five years earlier (in 2007), Hartwig says she mainly treated child patients for HIV and malnutrition.

Subsequently, she also worked as a general practitioner in Greytown, in KwaZulu-Natal, and volunteered as a doctor in Malawi.

Where did her interest in paediatrics start?

“It was really during that year of community service,” says Hartwig. “I actually didn’t think I was very good at paediatrics. It scared me a little. With babies and small children, everything is so different [from] adult medicine. But I was just put in the deep end, being given a ward to take care of.

"And I just learned as I went along. And I’m really passionate about public health and there’s a lot that can be done in the field to improve child health. And if you improve health for a child, you can really make a difference to their whole life.”

“There are lots of problems with alcohol abuse in our area,” she says. “And so we have a lot of parents who are alcoholics. And the big problem was the substance abuse treatment unit at Fort England Hospital in Grahamstown – we refer patients to them – closing for the duration of Covid. So we had nowhere to refer substance users. Although this year it opened up again. At our hospital we treat withdrawal but we can’t do rehabilitation.

“Also, many parents live on farms, and they have to send their kids to town to go to school. And then the kids are all living with some or other caregiver, but often there isn’t a lot of supervision.”

She adds that from this year on, Adelaide Hospital has a social worker available to children and families once a week.

“I think at that stage, everyone was so thinly stretched. There were problems everywhere,” she says. “I think it would have been difficult to have received more support than we already did.

"I mean, we were given contract workers – nurses to come and boost our nursing staff. And there were some efforts made to track the amount of oxygen being used. And they [the Department of Health] sent people to come to do repairs to the hospital.

"Our paediatric ward at that stage had been in a prefab building. And so they actually just built a whole new paediatric ward, with three isolation wards and space for about another six kids. We also had oxygen put into a lot of different wards for Covid patients. But yes, there were so many fires that needed to be put out all at once. I really don’t how it could have been done any better.”

For food parcels delivered around the community and at the hospital’s own kitchen, she credits non-profit organisation Gift of the Givers.

Wrapping up, Hartwig closes with a message that may have been her driving motivation for doing the interview in the first place: “I would just really like to encourage anyone thinking about working in a rural area, to do it,” she says.

“It really is such a worthwhile opportunity. I want to encourage anyone interested in coming to work in Adelaide, we are always looking for people. Anyone can make a difference, it doesn’t matter who you are.”

Her plans for the future? Hartwig smiles quietly. “At the moment I’m very happy where I am. I’ll spend some more time here, then see how things go…”

*This article is part of Spotlight’s 2022 Women in Health series that is running throughout August.

We live in a world where facts and fiction get blurred
In times of uncertainty you need journalism you can trust. For 14 free days, you can have access to a world of in-depth analyses, investigative journalism, top opinions and a range of features. Journalism strengthens democracy. Invest in the future today. Thereafter you will be billed R75 per month. You can cancel anytime and if you cancel within 14 days you won't be billed.
Subscribe to News24
Next on Life
Do you have a doppelgänger? Research suggests you do, and you likely share DNA with them too