A Netflix show and US tour, but everyone's talking about the latest race row to rock the royals 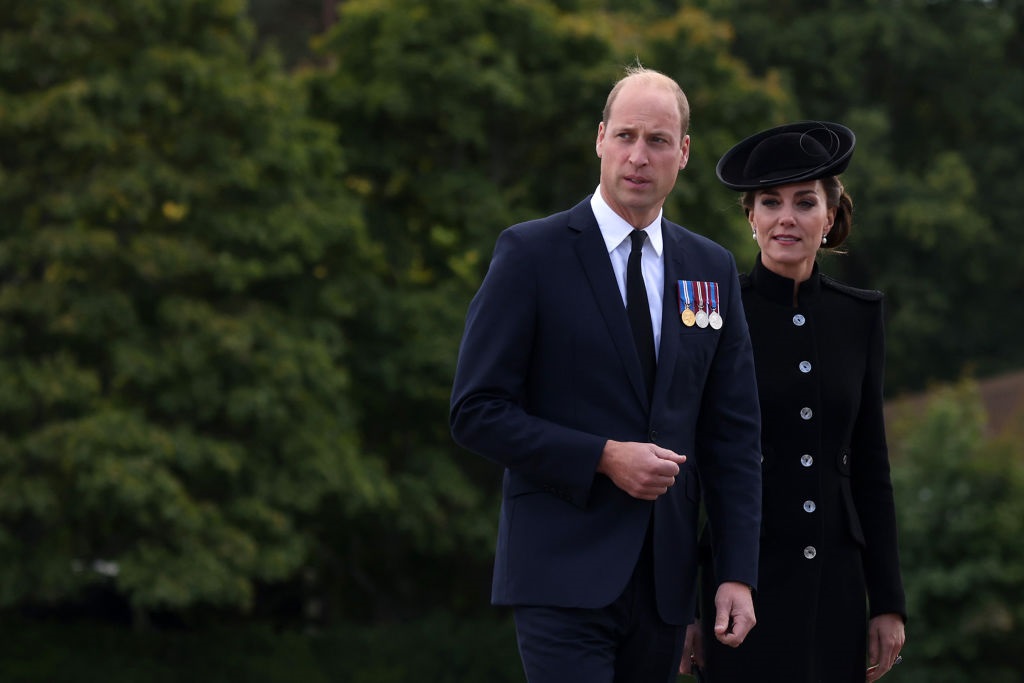 The timing could not have been worse for Britain's royal family. Not long after one racial reckoning involving Prince Harry and Meghan Markle, Prince William - the heir to the throne - has been forced to part ways with one of his godmothers. This after she used racially charged language at a palace reception on Tuesday.

The Prince and Princess of Wales appeared chipper as they attended a Boston Celtics versus Miami Heat NBA game earlier in the week; behind the scenes, a spokesperson for the couple told reporters:

"Racism has no place in our society."

The comments and the firm's intervention came unusually fast, however, ahead of William and Kate's meeting with Joe Biden and outing on Friday night at the ceremony for the Earthshot Prize. Royal reporters could not help but point out the attention Harry and Meghan will likely be getting as well with the release of their Netflix documentary amid William's "Superbowl moment".

With Harry’s brother and sister-in-law in the USA today and tomorrow ????… and Prince William’s @EarthshotPrize in Boston on Friday night, some might reasonably ask: ‘couldn’t they have waited a couple of days?’#Netflix #HarryandMeghan https://t.co/t5PxhVKsRz

'This was nothing to do with her capacity to understand'

King Charles III moved rapidly to evict Lady Susan Hussey from the royal household after the hurtful exchange was revealed on Twitter by Ngozi Fulani - while William and his wife Kate were flying to Boston.

When Hussey started to quiz her about her origins, the UK-born Fulani said she tried to give the 83-year-old courtier the benefit of the doubt.

"But it soon dawned on me very quickly that this was nothing to do with her capacity to understand," the charity campaigner, who works with survivors of domestic abuse, told BBC radio on Thursday.

'The question was asked about 7 or 8 times.'

Lady Susan Hussey has quit after she allegedly repeatedly asked black domestic abuse campaigner Ngozi Fulani: 'What part of Africa are you from?'. pic.twitter.com/pCDctFjUqr

Hussey repeatedly asked Fulani where she was "really" from, refusing to accept her explanation that she was British.

"But this is her trying to make me really denounce my British citizenship," Fulani said, as many other Britons of colour shared similarly demeaning experiences on social and traditional media.

It is the most serious controversy yet since Charles succeeded his mother in September. Hussey was not just any courtier -- she was at Queen Elizabeth II's side for six decades.

But she was unceremoniously dumped as Charles and William moved rapidly to draw a line under the row, earning plaudits from some black commentators.

Labour MP Diane Abbott, the first black woman to sit in the House of Commons when she was elected in the 1980s, said it was "really shocking" that a black Briton's identity could be interrogated in this way.

But she told Times Radio that Buckingham Palace had made "progress" on race issues in the past 10 years.

Back then, "they would have said she [Fulani' was oversensitive and just dismissed it", said Abbott.

The palace appears to have taken lessons on board, particularly since last year, when Harry and his mixed-race wife Meghan accused an unidentified royal of racism with regard to their unborn baby.

But the family said the matter would be dealt with "privately", drawing backlash, while William said sternly shortly after said during a public engagement:

"We are very much not a racist family."

'The noise of a duchess trying not to guffaw, I told you so'

The Wales' and Sussexes have no plans to meet, even though Harry and Meghan were close at the weekend accepting an award in New York held by the human rights foundation of John F. Kennedy's brother.

What's worse for the royals, Robert's daughter Kerry Kennedy said the couple would be recognised for taking a "heroic stand" against "structural racism" within the British monarchy.

Instead, they're gearing up for the release of their new Netflix documentary, Harry & Meghan, which will tell their story.

"When the stakes are this high, doesn't it make sense to hear our story from us?" Meghan asks in the trailer.

Insiders revealed when Meghan entered the institution; Lady Susan Hussey was assigned to educate her in royal protocol, a role she also served for William and Harry's mother, Diana. Meghan rejected the offer, according to one biographer.

"The stifled horse laugh you can hear emanating from California is the noise of a duchess trying not to guffaw, 'I told you so'."
-- Commentator Trevor Phillips, a former head of the Commission for Racial Equality, for The Times

There is further irony in the row erupting in the week that saw new data from the 2021 census confirm that Britain is more racially diverse - and less Christian - than ever before.

Charles himself has a lifelong commitment to multi-culturalism and religious diversity, while the government is led by the country's first prime minister of colour, Rishi Sunak.

Phillips added: "A mindset that colour codes British identity is not just distasteful and anachronistic, it is unambiguously racist."