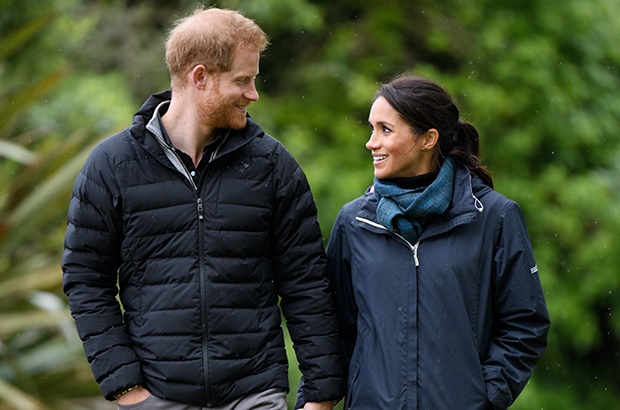 We finally have details on Harry and Meghan's new LA home!

According to Business Insider, the couple and one-year-old Archie is staying at Tyler Perry's $18 million (R334.5 million) mansion in Beverly Hills, which looks more like a Tuscan-style villa.

The couple, who possibly met the actor and producer through close friend, Oprah Winfrey, is still on the hunt for a more permanent place of their own, but are staying in the Beverly Ridge Estates – which only has 14 other lavish homes within the secured community – for the time being.

The Beverly Ridge Estates was once home to Paris Hilton. Johnny Carson's widow Alexis Maas, producer Eric Weider and developer Robert Rivani are currently all owners within the exclusive community.

Variety reports that Harry and Meghan's new temporary home, which is perched atop of a hill, but hidden in the mountains just above Beverly Hills – making it perfect for the high-profiled royal couple – is more of a mega-mansion, spanning almost 25 000 square feet complete with eight bedrooms, 12 bathrooms and a pool area.

The community is heavily guarded, but the producer's property also has its own security gate, cameras and state-of-the-art alarm system, while Tyler's own private security team patrols the fortress.

Harry and Meghan have kept a relatively low profile since their move to Los Angeles, but they have been doing work within the city.

The Duke and Duchess of Sussex were reportedly dressed casually. One meal recipient said: "They were both nice and very down-to-earth people. They had masks on, and they were dressed down with jeans, but very nice jeans."

We live in a world where facts and fiction get blurred
In times of uncertainty you need journalism you can trust. For 14 free days, you can have access to a world of in-depth analyses, investigative journalism, top opinions and a range of features. Journalism strengthens democracy. Invest in the future today. Thereafter you will be billed R75 per month. You can cancel anytime and if you cancel within 14 days you won't be billed.
Subscribe to News24
Related Links
WATCH: Harry and Meghan release adorable video of Archie to celebrate his first birthday
Baking banana bread? Meghan Markle's recipe has two secret ingredients – and Harry loves it!
Harry and Meghan quietly deliver meals to Los Angeles residents
Next on Life
Baby Kate Middleton looks just like Prince Louis in never-before-seen photo