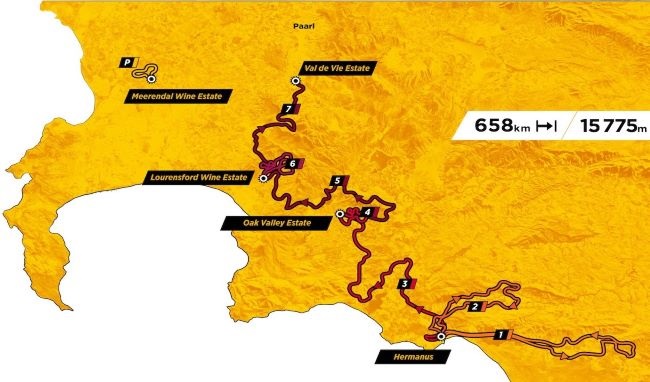 Cape Epic route planners have ventured deep into the Overberg, for the 2023 event. (Photo: Cape Epic)

Few things generate more gossip in the mountain biking community than attempts to guess a Cape Epic route ahead of its reveal.

The world’s most testing mountain bike stage race trades on the currency of its route, which is kept secret until six months before the event. For the 2023 edition, riders will see a return to the Meerendal prologue, moving away from Table Mountain, which has hosted the race start since 2018.

Read this for free
Get 14 days free to read all our investigative and in-depth journalism. Thereafter you will be billed R75 per month. You can cancel anytime and if you cancel within 14 days you won't be billed.
Subscribe
Already a subscriber? Sign in
Next on Life
How married life and MTB became a YouTube channel with Warren & Melissa Go Riding