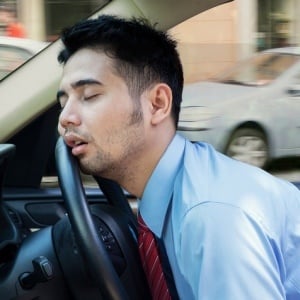 Smoking dagga can affect your driving even when you're not stoned anymore.

Even when they're not high on marijuana, recreational users of the drug display signs of impaired driving, a new study finds.

The findings may come as a surprise to many, said senior study author Staci Gruber, director of Marijuana Investigations for Neuroscientific Discovery (MIND) at McLean Hospital, a Harvard Medical School affiliate in Belmont, Massachusetts.

"People who use cannabis don't necessarily assume that they may drive differently, even when they're not high," Gruber said in a hospital news release. "We're not suggesting that everyone who uses cannabis will demonstrate impaired driving, but it's interesting that in a sample of non-intoxicated participants, there are still differences in those who use cannabis relative to those who don't."

Gruber and her colleagues looked at marijuana users and non-users whose driving performance was assessed on a driving simulator. At the time they used the simulator, the users had not used marijuana for at least 12 hours and were not intoxicated.

Compared to nonusers, heavy marijuana users had worse driving performance during the test. For example, they hit more simulated pedestrians, went over the speed limit more often, made fewer stops at red lights, and crossed the centre line more often.

The researchers also found that the start of marijuana use before age 16 was associated with worse performance on the driving simulator.

The study was published in the journal Drug and Alcohol Dependence.

"What was interesting was when we examined impulsivity in our analyses, most of the differences we saw between cannabis users and healthy controls went away, suggesting that impulsivity may play a role in performance differences," said study co-author Mary Kathryn Dahlgren, a McLean research fellow.

In states where marijuana is legal, there's growing public concern that more people will drive while high. But this study shows that driving can be impaired even in marijuana users who aren't high and that the public needs to reconsider its understanding of impairment.

"It's important to be mindful that whether someone is acutely intoxicated, or a heavy recreational cannabis user who's not intoxicated, there may be an impact on driving, but certainly not everyone demonstrates impairment simply as a function of exposure to cannabis," Gruber said.

"This is especially important to keep in mind given increasing numbers of medical cannabis patients, who differ from recreational users with regard to product choice and goal of use," she added.

We live in a world where facts and fiction get blurred
In times of uncertainty you need journalism you can trust. For 14 free days, you can have access to a world of in-depth analyses, investigative journalism, top opinions and a range of features. Journalism strengthens democracy. Invest in the future today. Thereafter you will be billed R75 per month. You can cancel anytime and if you cancel within 14 days you won't be billed.
Subscribe to News24
Next on Life
Don't believe every online claim for marijuana's 'benefits'