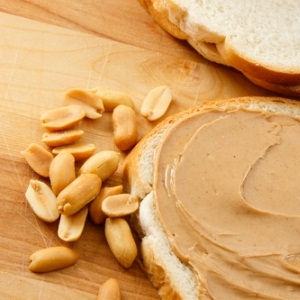 Already known for their higher-than-usual risk of asthma and environmental allergies, young inner-city children appear to suffer disproportionately from food allergies as well, according to results of a study led by scientists at the Johns Hopkins Children's Centre.

The federally funded multi-centre study, described online Aug. 13 in the Journal of Allergy and Clinical Immunology, found that at least one in 10 children from four large U.S. cities has a food allergy. However, the true number may be even higher, the investigators say, because the study used highly stringent criteria and counted only the three most common food allergies.

"Our findings are a wake-up call, signalling an urgent need to unravel the causes, contributors and mechanisms that drive the high prevalence of food allergies among an already vulnerable group known for its high risk of asthma and environmental allergies," says senior investigator Robert Wood, M.D., director of paediatric allergy and immunology at Johns Hopkins.

Nearly 3 percent of adults and 6 percent of young children in the United States have one or more food allergies, according to the latest estimates from the National Institutes of Health. Moreover, Wood notes, food allergies among children have been on a steady rise over the last 20 years, and experts have long suspected that children in urban areas are no exception. The new study largely affirms that trend but also points to a subgroup of children who may have higher-than-average allergy risk.

Read: Allergies on the rise among children

The team also analyzed blood samples at 1, 2, 3 and 5 years to measure the presence of food-specific immunoglobulin E (IgE) antibodies to milk, eggs and peanuts. IgE antibodies to food proteins are immune chemicals released by the body that herald a food allergy. Based on blood test results, other clinical findings and symptoms, the investigators classified a child as allergic, possibly allergic, sensitive to a particular substance or not sensitive. Sensitization to a substance, signaled by the presence of IgE antibodies in the blood, renders a person more likely to develop allergic symptoms, but it is not sufficient to diagnose a true food allergy, which is always marked by clinical symptoms. In this study, the investigative team deemed allergic only those children who had both clinical symptoms and elevated IgE antibodies. This stringent criterion likely underestimates the true number of kids with food allergies, Wood adds.

Overall, more than half (55 percent) of children in the study were classified as sensitive to milk, eggs or peanuts. Nearly 10 percent of them met criteria for a full-blown food allergy. The most common allergy was to peanuts (6 percent), followed by eggs (4.3 percent) and milk (2.7 percent). An additional 17 percent were classified as "possibly allergic," a subgroup that had elevated IgE antibodies but no clear history of allergic reactions to peanuts, eggs or milk. Twenty-nine percent were classified as "sensitive but tolerant," a group that included those with elevated IgE antibodies and a known history of consuming allergenic foods but who were able to tolerate the foods in question without allergic symptoms.

Breastfed children at higher risk
Breastfed children appeared to have a higher risk for developing food allergies. Children living in houses with higher levels of endotoxin, a molecule released by certain types of bacteria, were less likely to have a food allergy. This latter finding, the investigators say, is consistent with the so-called hygiene hypothesis, which suggests that early-life exposure to certain microbes can play a protective role against asthma and allergies.

Children with food allergies were also more likely to suffer from environmental allergies, wheezing and eczema, an allergic skin condition.

Image: Peanut butter and peanuts show a classic allergen that affects children and adults from Shutterstock

See breaking news and the hottest health tips before anybody else by joining South Africa’s biggest and best health community, like health24 on Facebook now!
We live in a world where facts and fiction get blurred
In times of uncertainty you need journalism you can trust. For 14 free days, you can have access to a world of in-depth analyses, investigative journalism, top opinions and a range of features. Journalism strengthens democracy. Invest in the future today. Thereafter you will be billed R75 per month. You can cancel anytime and if you cancel within 14 days you won't be billed.
Subscribe to News24
Next on Life
How good microbes could help reduce the risk of allergies