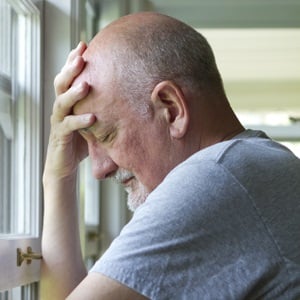 A new blood test is the first objective scientific way to diagnose major depression in adults, a new study claims.

The test measures the levels of nine genetic indicators (known as "RNA markers") in the blood. The blood test could also determine who will respond to cognitive behavioural therapy, one of the most common and effective treatments for depression, and could show whether the therapy worked, North-western University researchers report.

Depression affects nearly 7 percent of U.S. adults each year, but the delay between the start of symptoms and diagnosis can range from two months to 40 months, the study authors pointed out.

"The longer this delay is, the harder it is on the patient, their family and environment," said lead researcher Eva Redei, a professor in psychiatry and behavioural sciences and physiology at North-western's Feinberg School of Medicine in Chicago.

"Additionally, if a patient is not able or willing to communicate with the doctor, the diagnosis is difficult to make," she said. "If the blood test is positive, that would alert the doctor."

Read: Are you depressed?

The study, published online September 16 in Translational Psychiatry, with funding from the U.S. National Institute of Mental Health and the Davee Foundation, established the test's effectiveness with 32 adults who were diagnosed as depressed and 32 non-depressed adults. All of the study participants were between 21 and 79 years old.

The test works by measuring the blood concentration of the RNA markers. A cell's RNA molecules are what interpret its genetic code and then carry out those instructions from DNA. After blood is drawn, the RNA is isolated, measured and compared to RNA levels expected in a non-depressed person's blood.

Redei's team administered the blood test to all 64 participants in the study. Then, after 18 weeks of face-to-face or phone therapy for those participants with depression, the test was repeated on 22 of them.

Among the depressed participants who recovered with therapy, the researchers identified differences in their RNA markers before and after the therapy. Meanwhile, the concentration of RNA markers of patients who remained depressed still differed from the original results of the non-depressed patients.

Three of the RNA markers in the adults who recovered remained a little different from those who were never depressed, indicating the possibility that these markers might show a susceptibility to depression, the authors noted.

Additionally, if the levels of five specific RNA markers line up together, that suggests that the patient will probably respond well to cognitive behavioural therapy, Redei said. "This is the first time that we can predict a response to psychotherapy," she added.

The blood test's accuracy in diagnosing depression is similar to those of standard psychiatric diagnostic interviews, which are about 72 percent to 80 percent effective, she said.

The findings were welcomed by one mental health expert.

"The mental health profession has, for decades, been seeking an objective measure for detecting major psychiatric disorders," said Dr. Glen Elliott, chief psychiatrist and medical director of the Children's Health Council in Palo Alto, California. "That the authors seem to have found a measure in such a small sample that appears to be sensitive to a specific treatment – and a psychological intervention at that – is striking if it holds up."

How reliable are the findings?

However, he noted that the small number of study participants means that it is too soon to know the significance of the findings or what the drawbacks of the test could be.

"It is too early to tell how a test of this nature - even if proven reliable, sensitive and specific - would be best used in a clinical setting," Elliott said. But he said the findings fit into the larger effort to personalize diagnoses and treatments based on biological data from patients.

Read: 11-year-olds may be tested for depression in US

"It is an exciting possibility that could, in theory, greatly enhance treatment efficacy and efficiency," Elliott said. "However, especially in psychiatry, we are still a long way from having a reliable product that will accomplish those goals."

The new blood test is not yet available because additional studies with large groups of people must first confirm its accuracy and effectiveness before it can be considered by the U.S. Food and Drug Administration for approval.

Depending on funding, that could take several years, Redei said. If approved, the blood test's costs would be "in the range of other specialty tests," she said.

Depression: do you know the signs?
I had a black dog, his name was depression
Depression and suicide rates soar in spring

We live in a world where facts and fiction get blurred
In times of uncertainty you need journalism you can trust. For 14 free days, you can have access to a world of in-depth analyses, investigative journalism, top opinions and a range of features. Journalism strengthens democracy. Invest in the future today. Thereafter you will be billed R75 per month. You can cancel anytime and if you cancel within 14 days you won't be billed.
Subscribe to News24
Related Links
Depression and suicide: SA's unseen killers
Depression and suicide – situation in SA
Depression: test your knowledge
Next on Life
Regular cannabis use puts young people at higher risk for self-harm and death, a new study finds