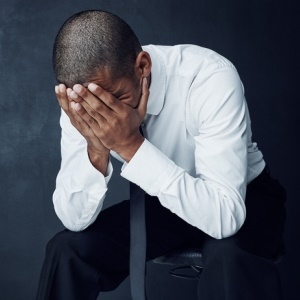 Stimulating a part of the brain may alleviate depression.

Electrical stimulation of a certain part of the brain may offer a new option for "treatment-resistant" depression, a small new study suggests.

Researchers at the University of California, San Francisco, found that 25 patients with moderate-to-severe depression gained significant improvement in their mood after electrical stimulation of a brain region called the orbitofrontal cortex (OFC).

After just three minutes of electrical stimulation to the OFC, even on just one side of the brain, "patients said things like 'Wow, I feel better,' 'I feel less anxious,' 'I feel calm, cool and collected,'" UCSF postdoctoral researcher Kristin Sellers said in a university news release.

"You could see the improvements in patients' body language," she added. "They smiled, they sat up straighter, they started to speak more quickly and naturally."

The OFC is a small area of the lower surface of the brain, located just above the eyes. It's exact function remains unclear, but study senior author Dr Eddie Chang explained that the OFC "is richly connected to various brain structures linked to mood, depression and decision making, making it very well positioned to coordinate activity between emotion and cognition".

Reporting in Current Biology, the UCSF researchers suggested that the targeted therapy might help patients with treatment-resistant depression, which affects as many as 30% of depression patients.

One neurosurgeon who wasn't involved in the study said brain stimulation therapy for depression isn't new – and the field has had some setbacks.

"Brain stimulation to treat other conditions (such as Parkinson's disease) has been known for decades to have an effect on the mind," noted Dr Michael Schulder. He directs neurosurgery at North Shore University Hospital in Manhasset, New York.

"Several studies over the last 15 years, in which depressed patients had implanted brain stimulators, initially showed great promise," he said. In the final analysis, however, outcomes were not much better than would have been obtained with medication or psychotherapy.

But could those attempts have been targeting the wrong brain area? Chang's team wanted to find out.

Their new study involved 25 patients already enrolled in UCSF's epilepsy clinic. Chang specialises in neurosurgery for people with the seizure disorder. He explained that as a routine part of these surgeries, patients get electrodes temporarily implanted in their brains to help guide the surgery.

But in these 25 patients with depression, Chang's group used feedback from the electrodes to track brain activity over several days. They then linked that information to patients' changing moods, thereby pinpointing brain areas that might be amenable to stimulation therapy.

That led the investigators to the OFC, among other brain areas. The researchers would deliver a mild electrical current to brain regions and then ask the patients about their emotional state.

Stimulation to the OFC was the clear "winner" here, in terms of a mood boost. What's more, stimulating that area seemed to initiate a larger response within the brain, similar to what happens naturally when a person is feeling positive.

Also, the therapy seemed to only help patients with moderate-to-severe depression, not those with milder forms of the illness.

According to study team member Dr Vikram Rao, this suggests that "stimulation was helping patients with serious depression experience something like a naturally positive mood state, rather than artificially boosting mood in everyone."

Rao, a UCSF Health neurologist, explained in the news release that prior research had suggested that OFC activity was "elevated" in people with depression, so the stimulation might alter the OFC in a healthy way.

Despite these promising results, the study authors said further research in larger groups of patients is needed to determine whether this therapy produces long-lasting benefits.

Dr Vladan Novakovic directs outpatient psychiatry at Staten Island University Hospital in New York City. He agreed that most work in electrical brain stimulation has focused on a part of the brain's cortex, while leaving other areas, such as the OFC, unexplored.

Novakovic said the new study is "commendable for providing real-time, clinically relevant information about the state of OFC and improvement in mood".

For their part, the UCSF team believes that an improved understanding of the OFC's role in depression could lead the way to individualised treatment.

Heather Dawes, who helped to oversee the research, said, "The more we understand about depression at this level of brain circuitry, the more options we may have for offering patients effective treatments with a low risk of side effects. Perhaps by understanding how these emotion circuits go wrong in the first place, we can even one day help the brain 'unlearn' depression."

We live in a world where facts and fiction get blurred
In times of uncertainty you need journalism you can trust. For 14 free days, you can have access to a world of in-depth analyses, investigative journalism, top opinions and a range of features. Journalism strengthens democracy. Invest in the future today. Thereafter you will be billed R75 per month. You can cancel anytime and if you cancel within 14 days you won't be billed.
Subscribe to News24
Related Links
Happiness Unplugged, South Africa & Depression
Men: mental health issues are not a sign of weakness
Michael Phelps champions the fight against depression
Next on Life
Regular cannabis use puts young people at higher risk for self-harm and death, a new study finds