This is how I ‘cured’ my diabetes 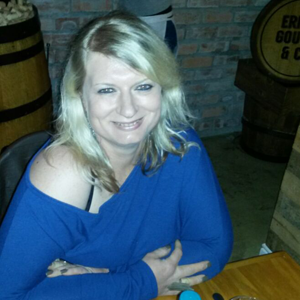 Nicola says diabetes felt like a disease that happened to other people.

In 2006 Nicola Davidson weighed 135kg. When she went to her doctor for a check-up, she received an unexpected diagnosis: adult onset type 2 diabetes.

Much has changed since then and Nicola plans to climb Mount Kilimanjaro in 2018 to help raise awareness and money for diabetes.

She shares with us how she reversed her diabetes and how it changed her life.

“My doctor was worried about my health. I already had high blood pressure and high cholesterol, so she wanted to keep an eye on my blood sugar too,” Nicola explains.

“I was going for regular check-ups on these markers, and the day inevitably came when I couldn’t ignore the toll that hard, unhealthy living was taking on my body. The lab results came back – I had adult onset type 2 diabetes.”

She was shocked at the diagnosis. “I knew that I’d been living very unhealthily – eating too much, drinking too much and not exercising at all. But diabetes felt like a disease that happened to other people, not to me. It was a rude and scary awakening.”

Nicola was put onto chronic medication and her doctor’s orders were simple: “You need to make some significant lifestyle changes, and right away.”

Her doctor recommended a healthy weight programme at the Sports Science Institute that Nicola signed up for right away.

“I did pretty well at it but then I got bored and irritated at not being able to do anything I liked – that is, sitting around and eating and drinking a lot.”

When the programme ended, Nicola went back to her unhealthy habits. “I took my medication and that was as far as lifestyle changes went.”

At the time, Nicola was unaware that it was possible to reverse type 2 diabetes. “I didn’t know that was a thing. I just figured that I was now diabetic and as long as I took my pills, everything would be fine.”

The next six years were a rollercoaster for Nicola. “I lost a significant amount of weight – 50kg – over a period of 18 months with the help of a dietitian.”

In 2013 she decided to try again. “This time I found a personal trainer and a nutritionist. In July 2013 I started making healthier choices – I trained three to four times a week and cut out most carbs.”

By November 2013, Nicola experienced dizzy spells caused by low blood sugar. She returned to her doctor.

“It turns out I’d managed to get my blood sugar down to a normal level. She took me off the medication for a trial period and to this day it’s remained within normal levels, so I no longer need medication.”

‘I knew I needed to make changes’

“I knew that I needed to make changes but I couldn’t be bothered,” Nicola says. “I always knew it was something I ‘should’ do, but it wasn’t something I ever really wanted to do for myself. It just seemed too great an effort.”

She says that the problem with diabetes is that it’s a silent disease. “Apart from needing to go to the loo a few times in the middle of the night, I experienced zero symptoms. Diabetes had no impact on my life – 99% of the time I forgot I even had it. Perhaps if it had been a disease with more symptoms, I would have been more motivated to do something about it.”

“Before I made lifestyle changes, the most exercise I got was walking from my car into a bar,” she says. Today, Nicola trains every day. “Weightlifting, boot camp, conditioning classes, trail running… The more exercise I do, the more I feel energised to do.”

“It’s a far cry from the endless takeaways I used to live off. And I feel more positive as well – my quality of life has improved significantly, and that’s worth celebrating in itself.”

“Don’t be lulled into a false sense of security by the fact that your condition is fairly non-symptomatic,” Nicola says, adding that it’s important to take it seriously and make serious lifestyle changes in order to overcome it.

“I was able to reverse my condition in less than five months just by eating right and training, so it is possible. Your diagnosis doesn’t have to be a death sentence – there’s always something you can do about it.”

Nicola and a friend, Jill Prins, are climbing Mount Kilimanjaro in 2018 to raise awareness for diabetes and mental illness.

“I’d been mulling over the idea of perhaps climbing Kili for my 40th birthday, which has come and gone. I left the idea alone, though, as I couldn’t think of anyone who’d want to join me.”

Then she met Jill through the  online health and fitness platform, sleekgeek.co.za, who said she would be interested too.

Nicola and Jill want to show people that it is possible to overcome obstacles and achieve huge things at the same time. 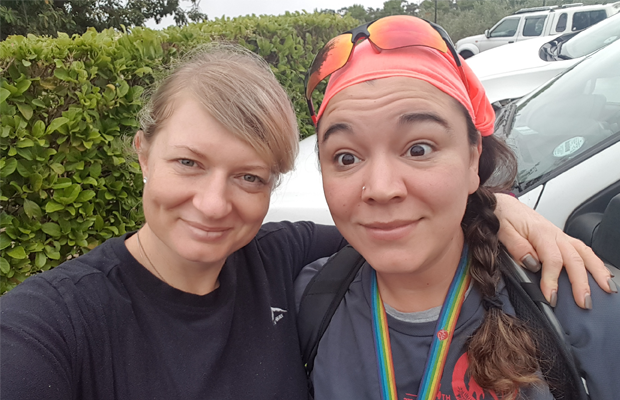 “For me it’s a personal challenge – going from being completely 100% sedentary to climbing the highest mountain in Africa. One thing I’ve learnt on this journey is that I’m capable of so much more than I ever thought possible – and this is just another way of proving that to myself. It’s also a way of showing people with diabetes that there is always greatness within you; that you have the power to change your diagnosis and your destiny one step at a time.”

In preparation for this epic trip, Nicola is focused on getting down to her goal weight. “The leaner I am the more capable I’ll be of taking on the challenge.”

While she has already lost more than 35kg, she still has another 35kg to lose. “I’m halfway there. I’m doing weightlifting and trail running to improve my strength, stamina and cardiovascular fitness.”

Nicola and Jill need all the support they can get. “We have so many well-wishers, which is fantastic, but we also need the funds to back it up – to get us to Kili, and to donate to our chosen charities.”

Nicola’s chosen charity is Diabetes SA and she says no donation is too small. “Two thousands likes and shares on social media are wonderful, but if every one of those likes was a R10 donation, we’d be that much closer to our goal right now.”

They have raised more than R11 000 so far, but their goal is R200 000, which will get them get there and also help with much needed funds to their charities. You can make a donation here.

We live in a world where facts and fiction get blurred
In times of uncertainty you need journalism you can trust. For 14 free days, you can have access to a world of in-depth analyses, investigative journalism, top opinions and a range of features. Journalism strengthens democracy. Invest in the future today. Thereafter you will be billed R75 per month. You can cancel anytime and if you cancel within 14 days you won't be billed.
Subscribe to News24
Related Links
Fake sugar may not be a safer option for diabetics
5 body odours that could mean you have a disease
5 tips to control diabetes
Next on Life
SA woman fights diabetes: ‘I need to forgive myself’