Pregnant moms' colds may cause asthma in offspring 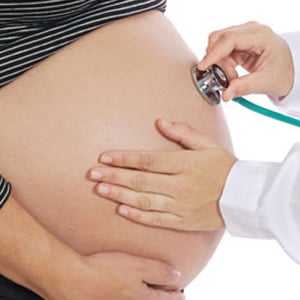 iStock
The more colds and other viral infections a woman has during pregnancy, the more likely her child is to have asthma, researchers report.

The new study included 513 pregnant women in Germany and their 526 babies. The mothers completed questionnaires during pregnancy, when the children were 3 months old, 12 months old and every year until the children reached age 5.

The researchers concluded that a mother's level of exposure to viral infections and bacteria during pregnancy affect the environment in the womb, and therefore the baby's risk of developing asthma and allergies in childhood.

The study is published in the February issue of the Annals of Allergy, Asthma and Immunology.

"In addition, these same children that had early exposure to allergens, such as house dust and pet dander, had increased odds of becoming sensitized by age 5," journal deputy editor Dr Mitch Grayson said in a journal news release.

"When dust mites from the mother and child's mattresses were examined, children with high dust mite exposure yet low bacteria exposure were more likely to be allergic to dust mites than those with low mite exposure and high bacteria contact," he added.

Of the families in the study, 61% had a parent with asthma, hay fever or eczema.

According to Dr Michael Foggs, president of the American College of Allergy, Asthma and Immunology, "We know that allergy and asthma can develop in the womb since genetics play a factor in both diseases."

But, he explained in the news release, "this study sheds light about how a mother's environment during pregnancy can begin affecting the child before birth."

How safe is it to have sex during pregnancy?

Foods you should avoid during your pregnancy

We live in a world where facts and fiction get blurred
In times of uncertainty you need journalism you can trust. For 14 free days, you can have access to a world of in-depth analyses, investigative journalism, top opinions and a range of features. Journalism strengthens democracy. Invest in the future today. Thereafter you will be billed R75 per month. You can cancel anytime and if you cancel within 14 days you won't be billed.
Subscribe to News24
Next on Life
How long does the flu last?