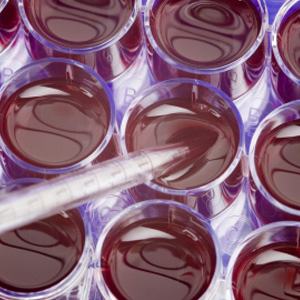 Specifically, the researchers created retina cells. The retina is a layer of light-sensitive cells that line the inside of the eye. The retina sends visual messages to the optic nerve in the brain to create visual images, according to the US National Eye Institute.

Although the cells created by the researchers haven't yet produced a visual signal the brain can interpret into an image, the researchers noted that this study is just a first step. They suggested their findings could eventually lead to the development of genetically engineered retina cell transplants that can stop or reverse blindness in people with retinal disease.

"We have basically created a miniature human retina in a dish that not only has the architectural organisation of the retina, but also has the ability to sense light," study leader M. Valeria Canto-Soler, an assistant professor of ophthalmology at the Johns Hopkins University School of Medicine, said in a university news release.

The study, published online in Nature Communications, involved so-called human induced pluripotent stem cells (iPS). These are adult cells reprogrammed into a primitive state. This allowed the researchers to turn them into early stage retinal cells that would then go on to form the light-sensitive retinal tissue found in the back of the eye.

Retinal tissue is made up of seven major types of cells, the researchers explained. These cells are organized into layers that absorb and process light. These layers also transmit the visual signals that are interpreted by the brain. The retinal cells grown in the lab recreated this multi-layered, three-dimensional form of the human retina.

"We knew that a 3-D cellular structure was necessary if we wanted to reproduce functional characteristics of the retina, but when we began this work, we didn't think stem cells would be able to build up a retina almost on their own. In our system, somehow the cells knew what to do," said Canto-Soler.

While these cells were grown in a petri dish, they matured in a manner similar to what might occur in the eyes of a developing foetus. At the equivalent of 28 weeks' gestation, the researchers tested the mini-retinas to see if the photoreceptors were able to transform light into visual signals. The photoreceptors grown in the lab responded to light in the same way as human retinas.

The study's authors said their findings provide scientists the ability to study the cause of retinal diseases on human tissue rather than animals. They added it may allow for the testing of drugs to treat individual patients specifically. In the future, the researchers suggested, diseased or dead retinal tissue may be replaced with tissue grown in a lab, which might help reverse blindness for some people.

Stem cell research: where it is at
Stem cells – hope or hype?
Stem cells found in pancreas

We live in a world where facts and fiction get blurred
In times of uncertainty you need journalism you can trust. For 14 free days, you can have access to a world of in-depth analyses, investigative journalism, top opinions and a range of features. Journalism strengthens democracy. Invest in the future today. Thereafter you will be billed R75 per month. You can cancel anytime and if you cancel within 14 days you won't be billed.
Subscribe to News24
Next on Life
Timeline: stem cells