When is surgery an option for hearing loss?

The quality of life of many South Africans of different ages is affected by hearing loss. Although hearing aids offer a solution for many, they're not always equally effective. Wouldn't it be simpler if one could fix hearing problems with surgery?

Only a small percentage eligible

The unfortunate reality is, however, that only a small percentage of people suffering from hearing loss are eligible for surgery. “It depends on the type of hearing loss,” according to a Healthy Hearing article.

There are many reasons for hearing loss. One of the most common causes of deafness is sensorineural hearing loss, which involves the nerves. It is caused by old age, consistent exposure to loud noise, infections, trauma to the head or ears, tumours and even medication. This type of hearing loss is permanent.

What it is: Cochlear implants are often performed in adults and children with profound sensorineural hearing loss. The implants can restore partial hearing and, unlike a hearing aid, the implant bypasses the damaged part of nerve instead of merely amplifying sound.

How it’s performed: A small electronic device is surgically placed under the skin behind your ear. This device is connected to electrodes which are inserted into the cochlea.

When it is considered: According to the Ear Institute of South Africa, cochlear implants are considered when no hearing aid can restore your sense of hearing. A comprehensive evaluation will be done by a team of experts before the procedure is considered, as it is highly invasive and costly. 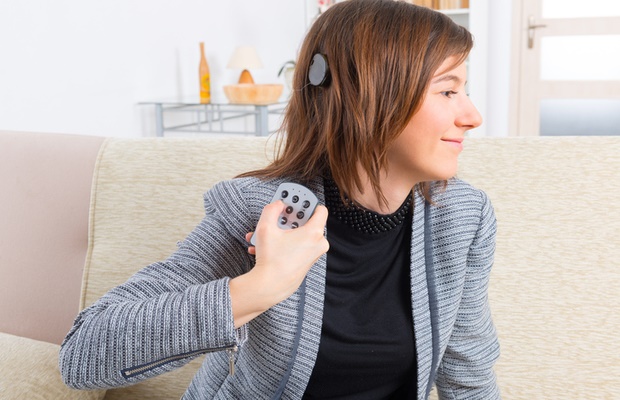 What it is: External hearing aids have developed significantly over the past few decades, but for extended wear an internal implant is often considered.

How it’s performed: One of the most commonly performed hearing aid implants is a bone-anchored implant (BAHA), which entails the stimulation of the cochlea by transmitting sounds through the bone of the skull.

When it is considered: The BAHA is often reserved for patients with chronic middle ear or outer ear problems or congenital defects of the ear and who can’t benefit from hearing aids. The prerequisite is that the patient should have one ear with moderate hearing.

What it is: This procedure entails the insertion of tubes into the ear to equalise pressure and allow air through in cases where the Eustachian tube (the tube that connects the middle of the ear to the back of the nose) becomes blocked with fluid.

How it’s performed: An incision is made in the eardrums and any fluid drained out. Tiny, hollow metal or plastic tubes are then inserted to allow air through to the middle of the ear, and as the eardrum heals, these get pushed out again. Sometimes long-term tubes are needed, which are surgically removed.

When it is considered: This procedure is often considered for young children suffering from chronic ear infections, but in many cases the surgery is also performed on adults to correct hearing loss linked to malformed eardrums or problematic Eustachian tubes. What it is: This surgical procedure is often used to treat hearing loss caused by otosclerosis, a condition that causes abnormal bone growth inside the middle ear, which prohibits vibrations to travel through the ear.

How it's performed: An incision is made behind the ear and muscle or tissue is removed. Excess or abnormal bone (usually referred to as the “hearing bone” or the stapes bone) is fixed. A prosthesis is then inserted and connected to the second hearing bone (the incus) to allow sound waves to travel correctly.

When it's considered: A stapedectomy will be performed when there is a deformity of the stapes bone and a hearing aid is not providing sufficient correction of hearing loss.

So, surgery or not?

We live in a world where facts and fiction get blurred
In times of uncertainty you need journalism you can trust. For 14 free days, you can have access to a world of in-depth analyses, investigative journalism, top opinions and a range of features. Journalism strengthens democracy. Invest in the future today. Thereafter you will be billed R75 per month. You can cancel anytime and if you cancel within 14 days you won't be billed.
Subscribe to News24
Related Links
How to recognise hearing loss in infants
Healthy eating may protect your hearing
Anonymous donor gives Pretoria twins their hearing
Next on Life
Disposable surgical masks best for being heard clearly when speaking, study finds