An epidemic of deafness is spreading 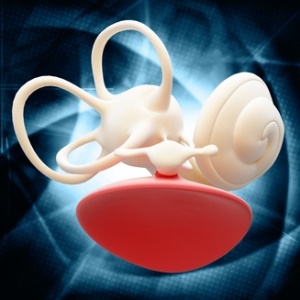 Have you had your hearing tested?
It is estimated that about 278 million people worldwide suffer from moderate to profound hearing loss, according to 2005 World Health Organization statistics.

Gone are the days when hearing loss overwhelmingly came only with age. Your MP3 player, rock concerts, even working in a noisy environment could all contribute to hearing loss.

Still, by the time hearing loss is diagnosed in most people, they are 65 years or older. They're also not keen on admitting it: a US study done by The National Council on the Aging (NCOA) found that three out of five older subjects who suffer from hearing loss did not use hearing aids.

An NHS trial in the UK backs this up: it found that 12% of adults aged 55-74 had a substantial degree of hearing loss that had been present for a decade. However, only 3% used a hearing aid.

A survey done in the US found that hearing loss had a significant impact on the Baby Boomer generation, aged 41-59 – more than half of them experienced a degree of hearing loss. The survey also found that only 26% had had their hearing tested, and less than half (42%) of those who had severe hearing loss wore hearing aids.

In South Africa approximately 10% of the population has a significant hearing loss, but only about 2% seek treatment. It takes an average of 7 years to seek help.

"Hearing loss, as with visual problems can affect anyone from birth upwards. Prevalence in higher in the population above 55 and the effects of our noisy lives are leading to an increase in the number of younger adults with hearing damage," says audiologist and speech therapist, Natalie Buttress.

In the Baby Boomer survey 23% of participants said their hearing loss affected their success in the workplace and 25% said it affected their earning potential. The areas most affected at work are hearing and understanding phone calls and conversations with co-workers.

The home life of 40% of participants with hearing loss was affected. This included having conversations with family members. Sixty-five percent said they had difficulty hearing the television and 57% said they had difficulty hearing cellphone conversations. The survey found that watching television with others, and social gatherings were most avoided by Boomers.

The BHI study found that common problem areas for children with hearing loss were social skills, speech and language development, performance at school, emotional health, relationships with peers and family and self-esteem.

"Besides the massive psychosocial impact of hearing loss, such as isolation and loneliness, frustration, loss of friendships and income, untreated hearing loss can result in faster decline in hearing over time due to the deprivation of adequate sound to the nervous system. It can also result in cognitive deterioration in some people due to the decrease of information reaching the brain," says Buttress.

Certain hearing losses may be caused by underlying disease processes that may require diagnosis.

Buttress explains, "Many conditions may be associated with hearing loss, such as diabetes, autoimmune conditions, acoustic neuroma (a benign growth on the auditory nerve), otoxicity to medication (certain medication can damage hearing) and several others. Only a qualified audiologist can assess the cause and anatomical position of hearing loss and its associated conditions."

"Auditory deprivation is caused by a lack of stimulation to the nerve supply in the ear and brain. Ultimately, the body re-prioritises its focus on food and oxygen to the cells that are intact. This may cause a faster decline of hearing in an untreated ear than a treated one. Some studies show that the risk can be up to 38% greater in untreated ears," says Buttress.

Why the hearing test delay?
"Hearing loss is unfortunately stigmatised because it is associated with a lack of intelligence (because people think that hearing-impaired people lack the ability to understand rather than to hear), or associated with age, which is only partly true."

Buttress further explains, "Also because the hearing instruments of old were cumbersome, unattractive and had many side effects, they have left a legacy where people believe that their problem cannot be treated effectively or attractively. Neither of this is true now. However, it is often impossible to restore hearing to 'perfect', as the damaged nerve must still process the incoming sound and environments where speech must be heard are very complex."

The benefits of screening and treating hearing loss
According to the WHO 50% of deafness and hearing impairment is avoidable by means of early diagnosis and the correct management.

The NHS trial done in the UK found that regular hearing tests were beneficial. The trail found that more than one in 10 people had moderate to severe hearing loss. A 30-second test using a device which produced tones at different sound levels was enough to identify those who needed a hearing aid.

Buttress says, "The sooner the hearing problem is diagnosed, the more effective the outcome. Medical problems can be separated from non-medical ones. Medical and surgical solutions are always considered first, when possible, in order to restore natural hearing."

"If the problem is not reparable by medical or surgical means, then when hearing aids are required, benefits are always greater earlier rather than later. More nerve cells are intact, the loss is closer to normal and therefore the adjustment to hearing with the help of an instrument is usually easier and auditory deprivation is avoided."

How a hearing test is done
Buttress explains, "A professional test must be done inside a soundproof booth with properly and annually calibrated equipment. The assessment should include at a minimum, a case history, a visual inspection of the ear, a test of the middle ear function, tone testing of different frequencies or pitches, both for the full hearing channel and also the nerve supply and speech hearing assessments."

"More can be done, depending on the age of the patient and the present complaint. A good audiologist also includes time to give the patient feedback about the hearing loss, its needs and management."

We live in a world where facts and fiction get blurred
In times of uncertainty you need journalism you can trust. For 14 free days, you can have access to a world of in-depth analyses, investigative journalism, top opinions and a range of features. Journalism strengthens democracy. Invest in the future today. Thereafter you will be billed R75 per month. You can cancel anytime and if you cancel within 14 days you won't be billed.
Subscribe to News24
Next on Life
WATCH: How loud is too loud?