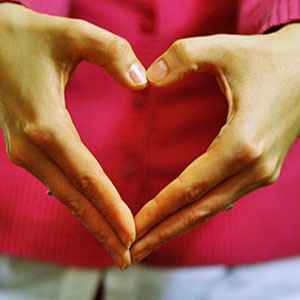 A heart made out of hands from Flickr Creative Commons.
Shimelle Laine

Women suffering from heart failure derive more benefit than men do from a pacemaker treatment, but they are less likely than men to receive it, a new analysis, published June 23 in the journal JAMA Internal Medicine, shows.

Cardiac resynchronization therapy (CRT), which uses a pacemaker to improve the coordination of heartbeats, led to a 60 percent reduction in women's risk of heart failure or death, researchers from the U.S. Food and Drug Administration report. The therapy reduced their risk of death alone by 55 percent.

Those benefits far outstripped rates of effectiveness for men, whose risk of heart failure or death declined by only 26 percent with CRT, and their risk of death alone by 15 percent, the study authors said.

Despite this, fewer women than men are treated with CRT, in part because treatment guidelines are based on clinical trials that included too few women, said senior study author Dr. David Strauss, a medical officer at the FDA Center for Devices and Radiological Health.

"Women were underrepresented in the individual clinical trials for CRT," Strauss said, noting that only about one-fifth of the patients in those trials were female. "By combining data from multiple clinical trials, we were able to better identify which specific women were most likely to benefit from CRT."

These findings could shake up the way patients are chosen for the therapy, with separate guidelines set for men and women, said Dr. Gordon Tomaselli, director of cardiology at Johns Hopkins School of Medicine and former president of the American Heart Association.

"Heart disease in women and in men is different," Tomaselli said. "Women shouldn't be excluded from having these devices, and the parameters for where there should be some benefit should be different for women than in men."

CRT helps treat an electrical disorder of the heart that causes one side of the heart to beat before the other, Strauss said. A special type of pacemaker has been designed that corrects the electrical signal and resynchronizes the person's heartbeat.

The FDA decided to take a closer look at the clinical trial data following studies that suggested women might derive more benefit from CRT than men, the study authors said in background information.

Current guidelines call for the use of CRT in patients with a "QRS duration" of 150 milliseconds or longer. QRS duration is the time required for electrical conduction in the heart, and longer times indicate delayed electrical function.

But the FDA analysis found that women with a QRS of 130 to 149 milliseconds enjoyed a substantial benefit from CRT that men with that same QRS did not. When provided at that range, CRT reduced women's risk of heart failure or death by 76 percent, but provided no benefit to men.

"Women actually respond reasonably well, even when their QRS duration is anywhere from 129 to 149 milliseconds," Tomaselli said.

Read: Aspirin as effective as warfarin for heart failure

Differences in women's physiology and the way they experience heart disease likely explain why they are better served by cardiac resynchronization therapy, Strauss and Tomaselli said.

Women's hearts are smaller, which means that even shorter delays in their QRS duration could have a more negative impact on their heart, Tomaselli said.

"One can imagine that in women, a time delay of 140 milliseconds in an overall smaller heart might be a reflection of more dyssynchronous contraction than in a man with the same QRS delay," he said.

"In left bundle branch block, there is a large delay between the pumping of the different walls of the heart," Strauss said. "CRT fixes this problem by correcting this delay and causing the heart walls to move at the same time again."

About 85 percent of women in the clinical trials had left bundle branch block, compared with 68 percent of men, the analysis showed.

These findings highlight the importance of enrolling more women in clinical trials and performing gender-specific analysis of the benefits, Strauss said.

"Certain differences between women and men -- including anatomy and physiology -- can lead to medical devices performing better or worse," he noted. "Many clinical trials don't include enough women, which makes it difficult to assess differences in the safety and effectiveness of medical devices for women versus men."

We live in a world where facts and fiction get blurred
In times of uncertainty you need journalism you can trust. For 14 free days, you can have access to a world of in-depth analyses, investigative journalism, top opinions and a range of features. Journalism strengthens democracy. Invest in the future today. Thereafter you will be billed R75 per month. You can cancel anytime and if you cancel within 14 days you won't be billed.
Subscribe to News24
Related Links
Processed red meat causes heart failure
Antibiotic for pneumonia ups heart attack risk
Implanted defibrillators may help moderate heart failure
Next on Life
Healthy mind, healthy heart