Dating, sex and HIV – what can you do and what can't you? 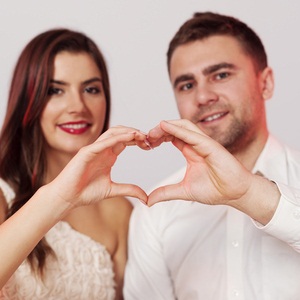 "HIV is transmitted when blood or sexual fluid from an infected person somehow gets into the bloodstream of another person", says clinicial psychologist Clinton Gahwiler from Aids Training Information and Counselling Centre in Plumstead.

"Counsellors are often presented with the question – ‘I have done this or that – Am I at risk?’ If blood or sexual fluids from a person with unknown status had a chance to get into your bloodstream, the answer is 'yes'."

What would be needed for the virus to be transmitted are three things: direct contact with penetrative sex, risky behaviour and a mixing of body fluids.

HIV is present in blood, semen, vaginal fluid and breast milk in varying concentrations. It is present in sweat, saliva and tears only if contaminated with the above bodily fluids. The virus does not survive well outside its host and there have so far been no proven cases of people contracting the virus from environmental sources, such as toilet seats. It cannot reproduce outside of its host.

Are there behaviours or indicators that contribute to putting you at risk for contracting HIV?

"Every day there are 4 700 South Africans who become infected with HIV – a condom can go a long way to ensure that you are not one of them," says Gahwiler.

Further tips
It is important to ensure the correct use of condoms. They need to be of good quality; not expired or must not have been in the direct sun.
Only water-based lubricants should be used and in adequate quantities.
Femidoms also provide good protection.
Tattoo needles and needles for piercing have to be sterile. During traditional health practices one also needs to ensure that only sterile needles or blades are used.
It is also important to make sure that your dental health is always good. It is more important to clean your teeth after sex than before.