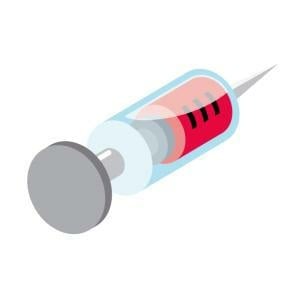 iStock
After years of bad management under Manto Tshabalala-Msimang, the South African health system is in a sorry state. Our new health minister, Barbara Hogan, has her work cut out for her.

With morale among health workers at a low ebb, the brain drain taking its toll, medical costs shooting skyward and HIV/Aids and tuberculosis still clawing away at the fabric of our society, few will envy Barbara Hogan the job of turning all this around. No matter how well she does, HIV/Aids is not going to disappear overnight, and neither will we wake up in two weeks and find all the posts in our health system filled with highly qualified professionals.

Still, after years of poor financial management and what the DA has called Tshabalala-Msimang's "ridiculous policies on HIV/Aids", just returning good management principles and common sense to the department should get things heading in the right direction.

Here, in no particular order, is our pick of the top five challenges facing Hogan:

1. Boosting morale and beating the brain-drain

Poor working conditions, under-staffing, and bad management have left morale among health workers at a very low level. In fact, in Kwazulu-Natal provincial management has gone as far as persecuting doctors for providing patients with anti-retroviral drugs.

Hogan seems to be very much aware of these problems. “I think the biggest challenge is going to be to boost the morale of health workers and to create a health system that is functional and responsive to people who are using it,” Hogan told News24 in an interview shortly after her appointment.

The Democratic Alliance (DA) agrees: "We have 46 000 vacant nursing positions and 9 700 vacant doctor and specialist positions in the public sector. The regulations to allow new nursing colleges to be opened – which have been four and a half years in the making – must be finalised as a matter of urgency, and we need to start actively recruiting doctors and nurses from other countries," the DA told parliament following Hogan's appointment.

A better-run health system will also go some way towards stemming the flow of health professionals out of the country.

Last year the Public Service Accountability Monitor (PSAM) pointed out that all the evidence former President Thabo Mbeki needed to sack Tshabalala-Msimang was contained in the auditor-general's reports, which showed that Tshabalala-Msimang had failed to ensure adequate financial management in her department.

As critics have pointed out, the problem isn't so much a shortfall in funds, but that the available funds have not been managed very well.

Having spent five years heading the parliamentary portfolio committee on finance, and with a reputation as a good manager, Hogan should have the skills needed to get things back on track.

This will involve things as diverse as helping negotiate better prices for antiretroviral drugs, to engaging with provinces and specific hospitals to ensure that resources are being managed effectively.

One of the defining characteristics of the Tshabalala-Msimang era was a lack of transparency and a tendency to exclude civil society, the private sector, or other stakeholders from decision-making.

Things improved during the few months that Deputy Health Minister Nozizwe Madlala-Routledge was effectively in charge, but the momentum gained in that time was lost when Tshabalala-Msimang returned following her liver transplant.

It is crucial for the country's response to HIV/Aids that the South African Aids Counsel should function smoothly and that civil society should form an integral part of its functioning. Restoring the good will and enlisting the expertise of groups like the Aids Law Project, Treatment Action Campaign and South African HIV Clinicians Society is a key challenge for Hogan – and the signs are good, since her appointment has been welcomed by these very groups.

This will have to go hand-in-hand with a new culture of transparency. A good point to start would be to release the full report into the 142 baby deaths in the Eastern Cape earlier this year – this still hasn't been released despite various requests from opposition parties.

With some important pieces of legislation in the pipeline, the coming months could be crucial for the health landscape in South Africa. How Hogan handles issues like price regulation and national health insurance will be key. Here too, her finance background should stand us in good stead.

Price-regulatory legislation pushed by Tshabalala-Msimang might have been well intended, but critics argued that it would not have the desired impact. These issues will no doubt be revisited over the coming months and Hogan's contribution may be key to striking the right balance between regulation and leaving it to the market.

Responding to Hogan's appointment, the TAC said that Hogan's biggest challenges will be to meet the treatment and prevention targets of the HIV/Aids National Strategic Plan, integrate TB and HIV treatment, develop a feasible human resources plan for health workers, and undo the considerable legacy of Aids denialism left by her predecessor.

The DA expressed similar sentiments when it urged the new minister to express a "clear, sharp and simple message that HIV does cause Aids, that Aids is not a death sentence, and that people can lead normal and productive lives whilst taking ARVs”.

Hogan has indicated that HIV/Aids is high on her agenda and that she will do what she can to accelerate the ARV rollout. "I think the biggest challenge is HIV/Aids and all the strains that it places on the health system," she told News24.

We live in a world where facts and fiction get blurred
In times of uncertainty you need journalism you can trust. For 14 free days, you can have access to a world of in-depth analyses, investigative journalism, top opinions and a range of features. Journalism strengthens democracy. Invest in the future today. Thereafter you will be billed R75 per month. You can cancel anytime and if you cancel within 14 days you won't be billed.
Subscribe to News24
Next on Life
Medicines Bill under fire