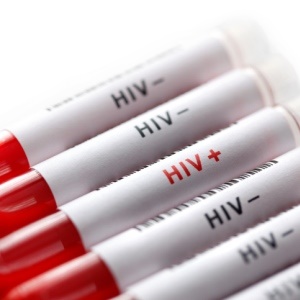 Information about individuals' HIV status should be kept confidential.

Fourteen year old Dineo (*not her real name), born with HIV and a member of the Future Leaders movement, says she hates teachers using her as the example when discussing HIV positive people at school.

“Yes the school knows about my HIV status, but I feel humiliated when every now and then I am pointed out as the example – especially in Life Orientation class,” she said, with tears in her eyes.

Speaking at a support group meeting, she told how unhappy she was about her teacher regularly pointing her out as an example of a child doing well despite her HIV positive status.

Dineo was diagnosed HIV positive after her mother, who was very sick, decided to have her and her child tested.

According to Dineo, her mother is also on treatment and doing well. But while Dineo is happy for the most part, she is worried that the regular commenting on her status may spread the information to her community. Yet she does not feel able to speak out about the situation.

The facilitators of the workshop encouraged children to remain positive in their attitudes and assured the group that they will take Dineo’s matter forward. They also encouraged Dineo to think of her teacher’s words as a compliment and an encouragement that was not intended to harm or upset her. The facilitators said they would also report the matter to the Northern Cape Department of Education.

The National Department of Health has memorandum of understanding with Y+, a movement for youth between the ages of 15 and 24 who are living with HIV.

Not adhering to ARV treatment

According to the People Living with HIV sector in the district, the establishment of these kinds of youth support groups will decrease the burden of the sector by assisting adolescents dealing with stigmatised conditions.

Future Leaders is a movement of boys and girls born with HIV who usually come together to discuss their challenges, funded and supported by the John Taolo Gaetsewe District Social Development department.

The movement was initiated three years ago after NGOs and departments working with HIV programmes realised that some HIV positive young people were not adhering to their ARV treatment and some of their parents and guardians were struggling to tell them the truth about why they needed to regularly take pills and be on treatment.

The programme has proven to be successful, with one 12-year-old commenting, “The only thing I know about ARV’s is that they are my life.”

The group participants share their experiences and worries, and their thoughts and confusions about one day wanting to start dating or maybe having children when they are grown up.

Workshops are held regularly to educate youngsters about the importance of adherence, how ARVs works in their bodies and what will happen when they default on their treatment.

During their support group meetings members are given an opportunity to share their personal challenges.

Like any other children they complained about not being given enough attention at home, sometimes being left in charge of smaller kids while adults are away – the kind of issues common to most households.

The facilitators agreed on future sessions to engage more on HIV and dating specifically for the group, and the Department of Education would be invited to discuss school policies on HIV and Aids, as well as disclosure and the rights of the child. – Health-e News

We live in a world where facts and fiction get blurred
In times of uncertainty you need journalism you can trust. For 14 free days, you can have access to a world of in-depth analyses, investigative journalism, top opinions and a range of features. Journalism strengthens democracy. Invest in the future today. Thereafter you will be billed R75 per month. You can cancel anytime and if you cancel within 14 days you won't be billed.
Subscribe to News24
Related Links
New medication approved for multidrug-resistant HIV
Can gene therapy be used to cure Aids?
Pill to prevent HIV infection still underused
Next on Life
Researchers report third case of HIV remission - first woman - after umbilical-cord blood transplant