#SAAIDS2019: Three things to know about the ECHO study results 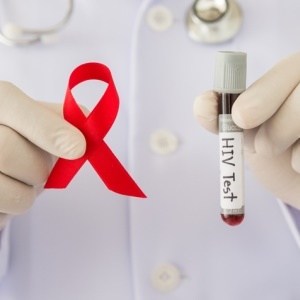 Uncertainty is put to rest around certain birth control methods and the risk of HIV.

The much-anticipated results of the first-of-its-kind study investigating the risk of HIV in women using three different birth control methods are finally out.

The world has been waiting to find out whether South Africa’s most popular birth control – Depot medroxyprogesterone acetate (commonly known as Depo Provera) – increases women’s risk of HIV.

For three decades, observational research has suggested there may be a risk of HIV infection. The lack of certainty of whether using Depo-Provera is linked to a higher risk of HIV infection in women has been dubbed as a “public health conundrum”, said Tim Mastro, chief science officer at FHI360 and a member of the ECHO management committee that led the study.

The research was conducted to determine whether this three-month injection, as well as two other contraception methods (a 10-year copper IUD and a two-month progestin-only injection) increase women’s risk of HIV.

It was conducted in eSwatini, South Africa, Zambia and Kenya and enrolled more than 7 800 women. Nine of the 12 sites were in South Africa. Previous data from observational studies have suggested some correlation, but there hasn’t been a clear outcome. Until now.

So, what does this study reveal?

There is no risk of HIV infection among women using any of the selected three contraceptives, the study found.But more importantly, the confusion regarding South Africa’s most used birth control Depo Provera can finally be brought to an end.

“After decades of uncertainty, we finally have high-quality scientific evidence about the potential relationship between three different types of contraceptives and the risk of HIV from a rigorous randomised clinical trial,” said Helen Rees, Wits RHI executive director and a member of the ECHO management committee that led the study.

Although all’s well when it comes to the contraceptives’ risks of HIV, there were still infections during the study.

Researchers found an alarmingly high HIV rate among the participants. Close to 400 of the 7 829 women who took part in the study were infected with HIV during the trial.

This means about four in every 100 women were infected with the virus each year. “[There were] 143 HIV infections in women who used Depo Provera, 138 from those on the copper-bearing IUD and 116 in women who used a levonorgestrel implant,” said Dr Jared Baeten, a member of the ECHO management team.

Half of the study participants reported not using a condom the last time they had sex, he added. Additionally, sexually transmitted infections were common at the start of the trial; with 18% having chlamydia, 5% gonorrhoea and 38% with the herpes simplex virus.

“The study highlights the need to step up HIV prevention efforts in these high-burden countries — particularly for young women,” said Dr Rachel Baggaley from the World Health Organisation’s HIV and Hepatitis Department.

“Women deserve better access to HIV testing and prevention in family planning settings. Women already have contact with healthcare workers, it’s an ideal opportunity not only to receive contraception choices but also to be offered HIV testing and a range of prevention,” she said.

Activists have welcomed the clarity regarding the link between HIV and birth control methods, especially Depo Provera. However, some feel that the research doesn’t address the concerns and questions about the usage of the three-month injection.

“The HIV risk is not the only thing we are worried about,” said Yvette Raphael, the global community advisory group member of the study.

“Our concerns are that this is the only long-acting method available for too many black and brown women who want choices, dislike side effects and deserve equity with high-quality contraceptive programmes in high-income countries.” Raphael said that girls and young women are forced into using Depo Provera by health workers in public clinics and hospitals.

Mpumalanga-based Nomcebo Khoza told Health-e that she had never been given a choice between the injection and pills. “The nurse told me to use Depo Provera injection because they felt I will fail to take my pills every day,” she said.

We live in a world where facts and fiction get blurred
In times of uncertainty you need journalism you can trust. For 14 free days, you can have access to a world of in-depth analyses, investigative journalism, top opinions and a range of features. Journalism strengthens democracy. Invest in the future today. Thereafter you will be billed R75 per month. You can cancel anytime and if you cancel within 14 days you won't be billed.
Subscribe to News24
Related Links
#SAAIDS2019: Youth demand more inclusion – 'we're only treated as statistics and subjects of...
#SAAIDS2019: 'People living with HIV are being trampled into the dirt by corruption and...
Next on Life
Researchers report third case of HIV remission - first woman - after umbilical-cord blood transplant