What is the "window period?" 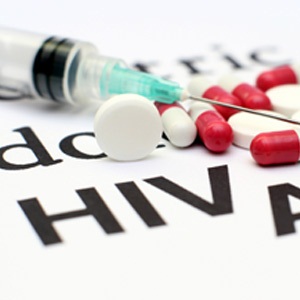 The window period is the period between the onset of HIV infection and the appearance of detectable antibodies to the virus. In the case of the most sensitive HIV antibody tests currently recommended, the window period is about three to four weeks. This period can, however, be longer.

Any antibody-based blood tests (such as the ELISA, rapid tests and the Western Blot) conducted during this window period may give false negative results.

This means that although the virus is present in the person's blood there are, as yet, no (detectable) antibodies in the blood. In such cases the tests erroneously show that the person has not been infected. During this window period the individual is already infectious and may unknowingly infect other people. People who are exposed to or who practise high-risk behaviour are well advised to arrange for a repeat test after three to six months - and to use safer sex practices like condoms while waiting for their results.

In some people, the window period may be longer; although unusual, it may take up to three months for an antibody test to become positive after they have been infected. People who think that they might have been exposed to infection are therefore usually asked to wait at least four weeks before having the HIV test. Also, even if the first test is negative (i.e. no antibodies detected), a follow-up test should be done three months after the suspected exposure.

We live in a world where facts and fiction get blurred
In times of uncertainty you need journalism you can trust. For 14 free days, you can have access to a world of in-depth analyses, investigative journalism, top opinions and a range of features. Journalism strengthens democracy. Invest in the future today. Thereafter you will be billed R75 per month. You can cancel anytime and if you cancel within 14 days you won't be billed.
Subscribe to News24
Next on Life
Viral tests